In addition to increased yield, the projected number of harvests per year at the facility is predicted to double through a 30% reduction in annual growth cycles. Following the initial sale in April 2019, the installation was completed during early spring with growing taking place throughout summer amid severe temperature fluctuations. 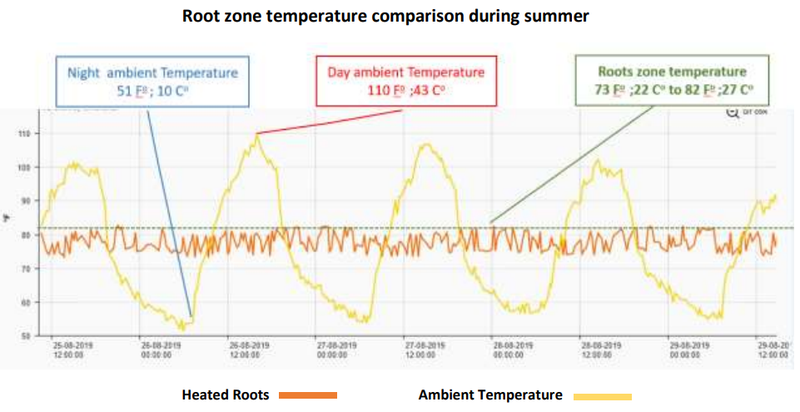 Roots' CEO, Dr. Sharon Devir said, “We are extremely satisfied with the harvest results seen on cannabis. The results have validated the multiple benefits our two-in-one heating and cooling technology can provide to high worth crops by rapidly improving growing cycles and increasing resistance to extreme weather conditions.

“Based on increased production and quality, RZTO technology will allow cannabis growers to generate an attractive and expeditious return on investment compared to similar cooling and heating technologies. The results will allow Roots to build tangible case studies which can be leveraged to secure further sales and complement the company’s sales efforts in the North American cannabis market.”

The results are consistent with similar results from other North American and Israeli cannabis growers who bought the RZTO system and reaffirm Roots’ sales approach into North America.