With the ink dry on a conditional US$19 million exclusive Chinese distribution agreement with Dagan Agricultural Automation, Roots made the first shipment of its patented root zone temperature optimisation (RZTO) technology.

Through the deal, Dagan can exclusively sell Root’s RZTO technology and associated products for three years throughout China, a country which accounts for nearly 550 million tonnes of total global vegetable production.

How much of this market ROOTS is able to tap into remains to be seen, so investors should seek professional financial advice if considering this stock for their portfolio.

The shipment includes formulated Green Root Zone pipes that allow farmers to distinguish between drip irrigation and root zone pipes. The pipes also contain an additional internal layer to prevent formation of algae in the water and will serve as the foundation for a global colour standard for root zone heating and cooling pipes. 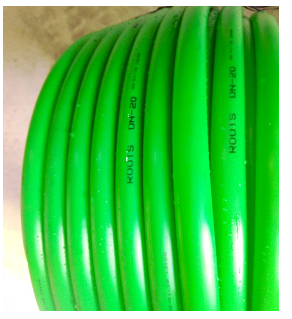 The pipes are manufactured by Roots and the company’s manufacturing partner ‘Weisman Friedman Group’.

“Our Green Root Zone pipes are the latest result in our ongoing R&D efforts to maintain innovation leadership in agriculture technologies,” said Roots Deputy CEO, Mr Ehud Reivitz, who has recently returned from the China project site where he conducted the initialisation phase of the installation.

Mr Reivitz is highly confident of the project’s smooth production.

“Our RZTO system will play a key role in this project being able to increase crop yields by addressing local land and water resource constraints common in the region. We also aim to use the Green Root Zone pipes to set a global unified green colour standard for root zone heating and cooling pipes.”

Dagan Agricultural Automation, one of the world’s leading global Ag-tech integrators, will use the RZTO technology to heat and cool the roots of crops such as vegetables, herbs and flowers.

The project begins the binding exclusive distribution agreement for the China market with Dagan conditional on $US19 million in sales over five years and as previously reported by Finfeed, the agreement can be expanded to other geographic markets. 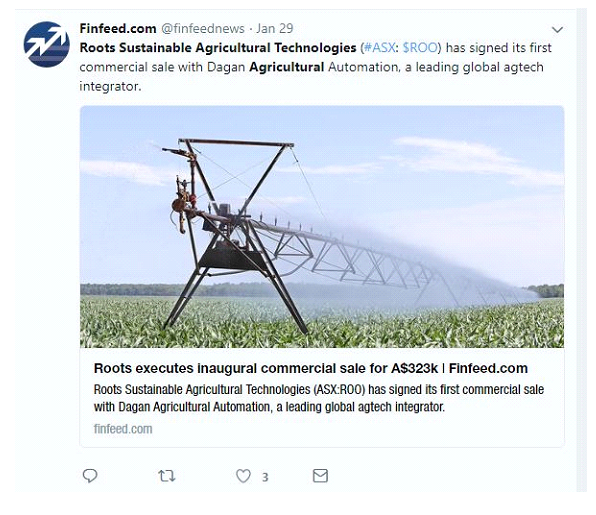 ROOTS’ RZTO is the only two-in-one, low energy, root zone heating and cooling system in the world and has been implemented in a range of pilot and commercialised plants internationally.

The RZTO technology has significantly increased crop yields to 80% and simultaneously reduced energy consumption by up to 60 per cent.

Further in-depth reading can be found at nexttechstock.com in the article: This Israeli Ag-Tech Stock Has Technology to Increase Crop Yields by 80%: Signs First Revenue Generating Deal in China.

In approximately a month’s time, the Israeli company will install two demo installations in Australia. It is also in discussions with regards to additional deals with some key players across Israel and the USA, as it looks to play a tangible role in helping address the global food supply/demand discordance.