Pacifico offers exposure to rebounds in lead and silver

Across base and precious metals, two of the strongest performers at the back end of last week were lead and silver.

While some commodities lost ground others made little progress, highlighting the dominant performances of the two metals.

However, it has been a lean period for both commodities, and stocks exposed to one or both of the metals have experienced share price pressure.

The following 30 day charts highlight the extent of last week’s upward trend, but there are signs that this may be part of a sustained recovery. 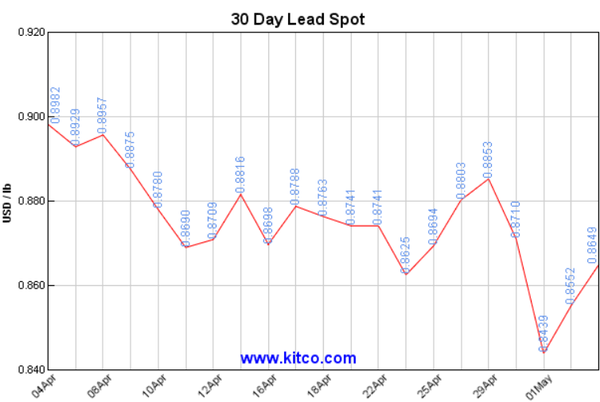 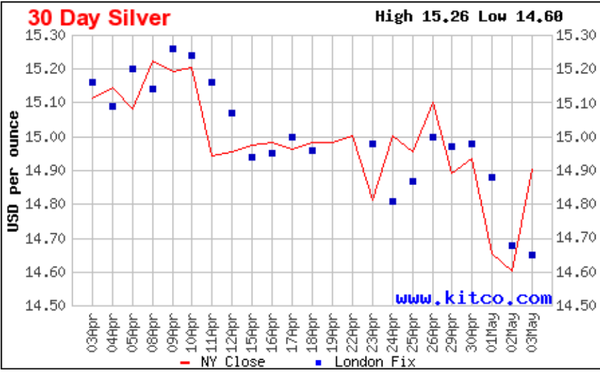 It is also worth noting that the decline in the Australian dollar against the US dollar is extremely significant in terms of the benefits it offers Australian producers.

This is where Pacifico Minerals Ltd (ASX:PMY) comes into play.

Not only does the company have assets that will generate the majority of their revenues from lead and silver, but the Sorby Hills lead-silver-zinc project in Western Australia will benefit substantially from the decline in the Australian dollar which fell below US$0.70 last week. 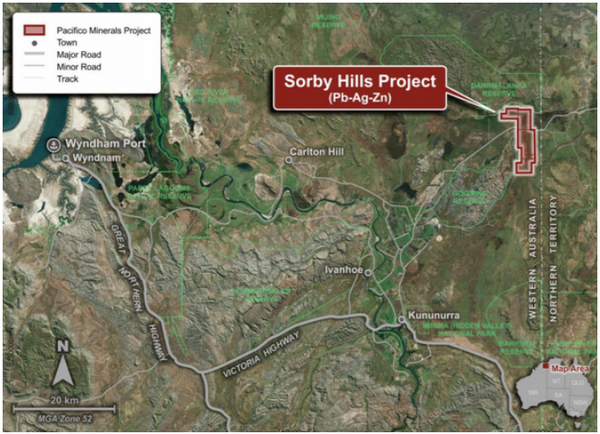 Interestingly, aside from a brief spike in early 2018 it was between about 2010 and 2013 when lead last traded at historically high levels above the US$2600 per tonne mark.

This has often been an inflection point for the metal, but if you cast an eye back to that three-year window, you will see that the Australian dollar was at parity against the US dollar, whereby US$1.00 equalled AU$1.00.

The impact of these metrics on Australian lead producers was that they were receiving approximately $2600 for metal that they sold.

With the exchange rate now hovering in the vicinity of US$0.70, the lead price of approximately US$1900 implies an Australian dollar price of $2700.

Consequently, a company such as Pacifico is progressing its operation at a time when the price environment is ideal.

Pacifico to benefit from silver credits

While the story with silver isn’t quite as compelling, the AUD:USD factor definitely adds significant value to a metal that will substantially drive down the lead production operating costs as Pacifico benefits from silver credits.

Zinc also comes into the picture, and as indicated by the following chart, it is now trading in a zone that has only been eclipsed on a few occasions, namely the pre-GFC mining boom and a period in 2016/17 when the base metal came into favour due to pending supply shortages.

This dynamic hasn’t changed and the retracement that occurred in 2018 appeared to be more a case of investors believing that the commodity had run too hard.

However, its resilience is evident in the above chart, with the rebound occurring before it fell to the levels that were the peaks (approximately US$2300 per tonne) during a long period when it was range bound, but at the same time resilient, between 2009 and 2015.

Based on the current exchange rate, the Australian dollar zinc price is $4100, not too far shy of the heady days when it hit levels that hadn’t been seen for roughly 10 years.

Pacifico confirmed today that deposits previously being investigated as potential standalone sources of ore are definitely linked and can now be considered as a single deposit with a strike length of 1.7 kilometres.

This is extremely significant in terms of the company’s ability to develop a mine of significant scale, and it will also have a positive impact on the economic viability of the project.

The latter was particularly rich in silver at 175 grams per tonne.

Recent intersections will be included in the next Mineral Resource Estimate after phase II drilling results are received.

These results, combined with deeper geological understanding, again confirm the high potential of continuing to expand the Sorby Hills deposits.

The Phase II infill and expansion drill program is on track to commence mid to late May 2019.

With these developments in the pipeline there are multiple share price catalysts imminent, which combined with strengthening commodity prices could result in a significant uptick in the group’s share price.

The following share price chart shows the negative impact that the slide in commodity prices had in 2018, but it is important to focus on the significant uptick in recent months which has been driven by drilling results and the release of an updated Mineral Resource Estimate in March.

An updated prefeasibility study (PFS) released in March confirmed the strong economics of the Sorby Hills Deposit for a 1 million tonnes per annum operation to produce 249,000 tonnes of lead and 9.3 million ounces of silver, with a pre-tax NPV (8% discount rate) of $243 million and a pre-tax internal rate of return (IRR) of 62%.

Moreover, Pacifico is one of only a few ASX listed emerging players that are positioned to provide substantial exposure to lead, while also benefiting from silver production.