The Emerald Triangle, in California’s north, is America’s most celebrated marijuana growing region, famed for decades for producing some of the world’s best cannabis. Made up of the Humboldt, Mendocino, Trinity counties, the Emerald Triangle is drawing favourable comparisons to the Napa Valley wine region.

Much like how wine connoisseurs appreciate Napa Valley wine, much of the weed cultivated by craft growers in the Emerald Triangle can demand premium pricing. The growing conditions — soil, geology and climate — make i ideal for growing some of the world’s best weed.

A Leafy report explained, “In terms of indoor, hydroponically grown cannabis, there may not be much difference between a plant grown in Eureka and one grown in Los Angeles. But the same isn’t true for cannabis grown outdoors. Just as wine connoisseurs sing the praises of Napa Valley or France’s Burgundy region, some in cannabis say the Emerald Triangle’s soil itself is special.”

For that reason it fetches higher prices than cannabis cultivated and sold at commercial scale. And cannabis growers in the region’s Mendocino County alone already generate an estimated $1 billion a year, with marijuana contributing close to two-thirds of the local economy.

Yet over time, (nominal) prices of any globally traded commodity tend to fall, and marijuana is no different. With prices bound to head south, helped by new growers entering the market — there are already 20,000 growers in the Emerald Triangle alone — farms need to need take steps to improve productivity.

Climate management technologies are increasingly sought after by cannabis producers, particularly as large-scale cultivation now moves from indoor growing to greenhouses and open field operations. This shift is partly to do with legalisation allowing for cultivation out in the open, and the higher margins on offer for outdoor growers.

Tim Blake is a key opinion leader and cannabis producer in the Emerald Triangle and os known for founding the Emerald Cup, the world's largest organic, outdoor cannabis competition, which is celebrating its 15th year.

Blake’s property in Mendocino County, housing the cultivation farm called Little Hawk Collective, Inc, where Blake leases the land to the Collective and is installing temperature optimisation technology as a tenant improvement.

The US$35,000 (A$49,500) order involves the installation of Roots’ RZTO heating and cooling technology for use on outdoor cannabis crops. 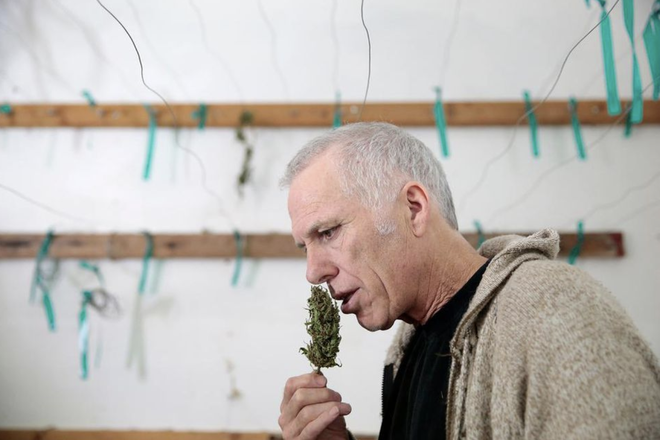 The sale is a result of ROOTS' recent Technology Showcase in North America and it follows successful open field root zone heating pilot during autumn in Washington State. During the pilot, the heating system increased average un-trimmed dry bud and leaf weight by 60%-283% compared to un-heated control crops. This was despite challenging autumn growing conditions of heavy frosts and temperatures below zero degrees.

Given the strategic importance of the sale, the two parties have agreed to split the cost of installation, each paying half.

And while growing conditions in the Emerald Triangle are some of the best anywhere in the world, Roots’ RZTO technology minimises the impact of negative external weather conditions when they do occur.

Tim Blake said, “We are very excited to use our lands to demonstrate the RZTO system that is green technology and heats and cools the cannabis roots, leading to a healthier plant and increasing the yield substantially.

“We are going to monitor the growing from the initial planting through the harvest to determine the yield increase and the energy savings. This is a demonstration, and if successful, we will be utilizing the RZTO system at partner’s farms also”.

“This first sale to an industry leader is indicative of the potential of our RZTO technology within the lucrative cannabis sector. The highly competitive US cannabis market is increasingly seeking to adopt sustainable ag-tech solutions, with lower initial capital outlays and reduced operating expenses to maximize crop production, quality and profit year-round.

“We see the North American cannabis market as offering significant sales opportunities for our root zone heating and cooling technology. The Little Hawk Collective farm on Tim Blake’s property in the Emerald Triangle was one of the producers we visited on the recent technology showcase. We expect this to be the first of many sales with key producers in the region.”

Devir went on to explain that North America’s cannabis market has developed rapidly in recent years with 32 US states now allowinnng cannabis for medical use, 16 for cannabidiol (CBD) and 11 states allow recreational use.

Market size of the US sector has increased 30% in 2018 to US$12 billion with 10,000 active business licences across cultivation, extraction and manufacturing, retail, distribution and testing. It is an evolving and competitive market where increased supply is driving the adoption of sustainable agtech solutions to reduce capital outlays and ongoing operational expenses.