LiveHire surges more than 30% on award of North American contract

It was less than a month ago that Finfeed drew your attention to LiveHire Ltd (ASX: LVH), a talent acquisition and engagement platform that delivers a proactive sourcing and talent mobility solution called Live Talent Communities.

On Tuesday, the company announced that it had won a lucrative contract in North America, prompting a significant share price rally.

The platform makes managing the flow of talent into and through businesses seamless, delivering value through detailed visibility of talent, shifting recruitment from reactive to proactive, significantly reducing time and cost to hire.

Such was the attractiveness of the group’s business offering that it won a contract with the Queensland state government to use its talent acquisition and engagement platform to assist in identifying and mobilising staff during the peak of the Covid-19 crisis.

LiveHire was chosen to serve the 48 Queensland government agencies by profiling staff and identifying those qualified to move into critical roles, more specifically redeploying over 15,000 public-sector employees.

With the contract equating to about six times the group’s average annual recurring revenue, it wasn’t surprising to see a significant share price increase with the company’s shares increasing from the previous day’s close of 8.3 cents to 11.5 cents.

However, as we pointed out at that stage, the company seemed substantially undervalued as it was debt-free with cash of $26.9 million, broadly in line with its market capitalisation at that time. 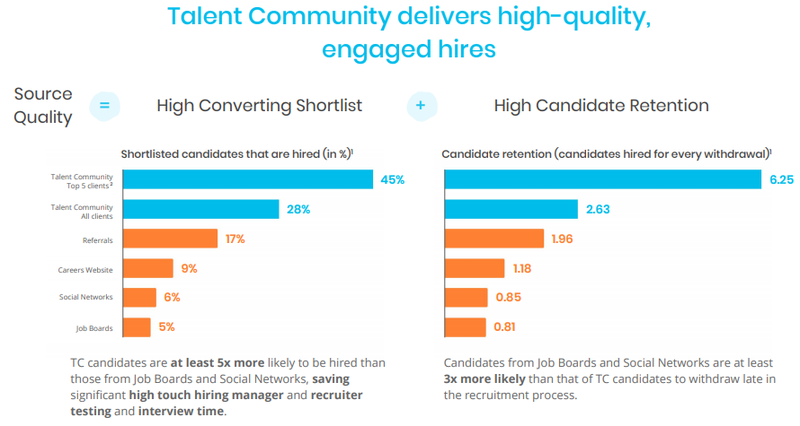 Contract equivalent to more than 15% of fiscal 2019 revenues

LiveHire has just won its latest direct sourcing contract in North America, a lucrative development and one which opens the door for additional business.

The contract value is estimated at $400,000 annual revenue with the opportunity to expand as the client extends the solution further.

To put this in perspective, LiveHire’s full-year revenues in fiscal 2019 were in the vicinity of $2.5 million, indicating this is a highly material win for the company.

The direct sourcing contract will initially add more than 500,000 candidate profiles to the LiveHire ecosystem in North America.

The direct sourcing market is a recent and rapid evolution in the contingent workforce management market (US$130 billion) that is typically managed through procurement and involves the build of talent clouds of contractor talent that can be directly sourced and hired.

Consequently, the value-add offering provided by LiveHire is likely to continue to attract interest, providing strong revenue growth in 2020.

While the company’s shares surged to a high of 35 cents on Tuesday morning, they are still trading well shy of the 12 month high of 53 cents and the consensus price target of 57 cents, suggesting there is scope for further upside.