In the last week we have seen the share prices of many tele-health companies surge due to the likelihood of an uptick in demand for their services and technologies.

On Tuesday morning it was LiveHire Limited’s (ASX:LVH) turn as the group announced that it had won a contract with Queensland state government to use its talent acquisition and engagement platform to profile, match and engage current employees in order to transition them into critical roles across the state government.

This is in response to the Covid-19 crisis and in support of ongoing internal staff mobility.

LiveHire will serve the 48 Queensland government agencies by profiling staff and identifying those qualified to move into critical roles.

Queensland Public Service Commission will use LiveHire technology to support its “BeHere4Qld” project to redeploy over 15,000 public sector employees in a broad Government response to the crisis. 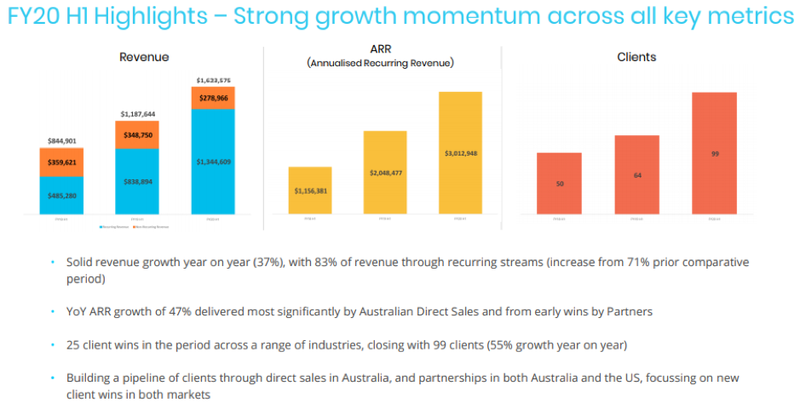 Highlighting the significance of this development in terms of potential financial benefits, management said that the contract was equivalent to approximately six times the group’s average annual recurring revenue across its clients.

Consequently, the significant increase in its share price of nearly 30% within 10 minutes of the news being announced could be eclipsed later in the day.

Key data at the half-year mark is as follows - note the group is debt free with cash of $26.9 million - if the market capitalisation as at close of business on Monday was $26 million.