Assays have been received from five initial holes that were drilled at the northern end of the Giant Vein.

The results were in line with management’s expectations for that target, indicating continuity of mineralisation along strike, as well as a wider zone of mineralisation on both the hanging wall and footwall of the Giant Vein.

The results are similar to historical drilling on the Giant Vein and add to the extensive body of data available for the Giant Vein, one of the key unmined areas at Blackdome where mineralisation extends to surface as indicated below. 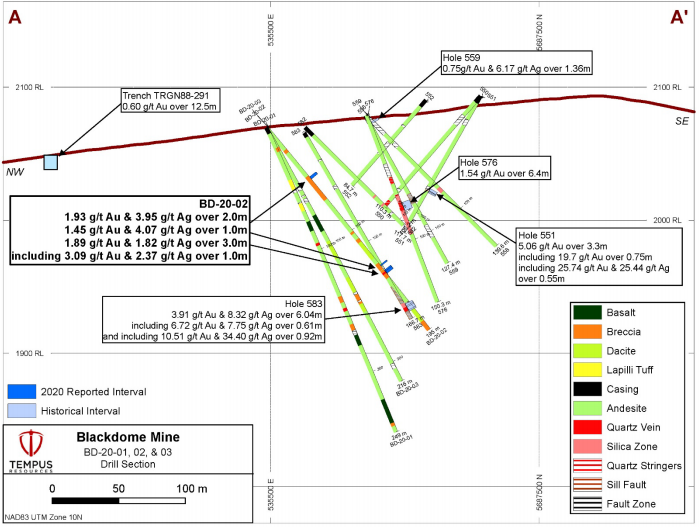 Managing director, Brendan Borg pointed to the key takeaways in saying, “Initial drilling at Blackdome targeted the northern part of the Giant Vein, to both confirm results from historic drilling and to extend mineralisation beyond the historical resource envelope.

‘’I’m excited to see what will come as we move towards the areas that were historically the highest grade at Blackdome, such as the No. 1 and No. 2 veins.’’

A total of 20 drill holes for 4,007 metres have been completed at Blackdome, with the focus on the No.17 Vein, No.19 Vein, Redbird Vein, the northern area of the Giant Vein, Giant Vein South, and now the New Vein at Blackdome as shown below. 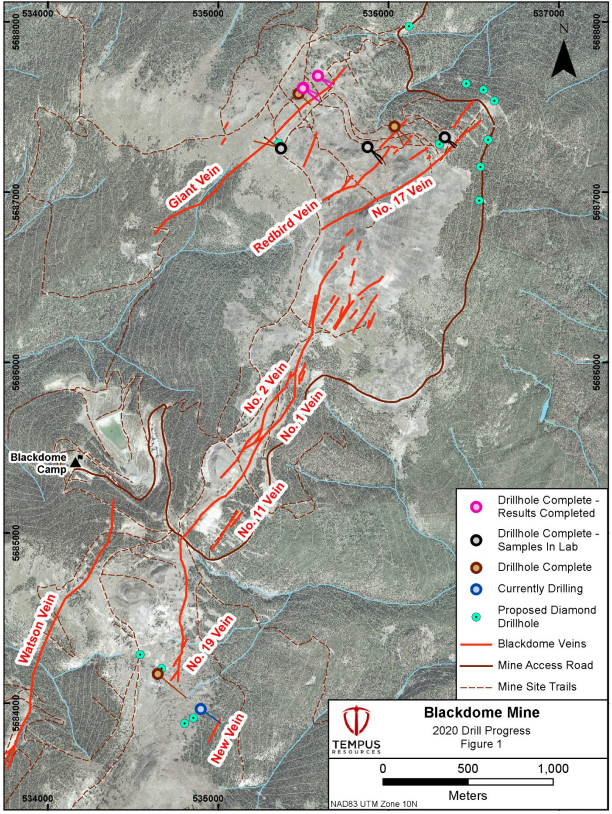 This drilling is focused on verifying and expanding upon the known gold and silver mineralisation at Blackdome.

Samples from an additional five holes located at the Redbird Vein No.17 and Giant Vein South have been prepared and dispatched for analysis, and samples from an outcrop at the Watson Vein to the south-east are also pending.

Based on the initial published results, and what has been observed in drill core to date, the drilling program at Blackdome has been expanded and is expected to continue for the next 3-4 weeks, focusing on the New Vein and the No.1 and No.2 veins that historically were the highest grade. 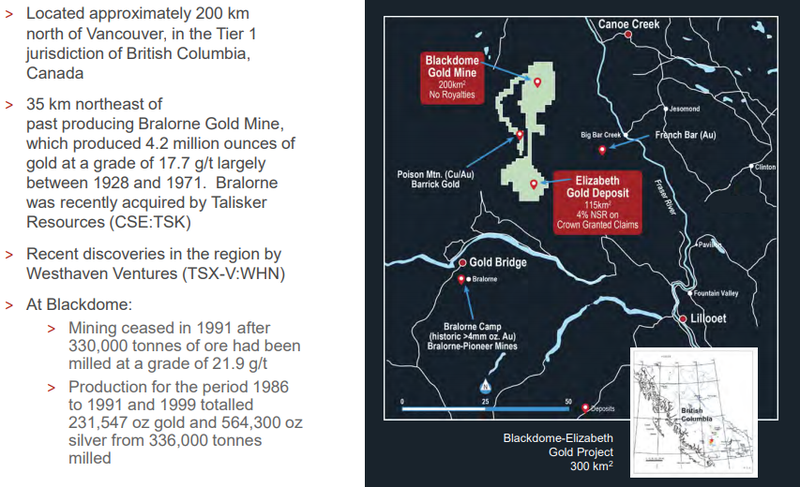 At the conclusion of the expanded Blackdome program, the rig will move to the Elizabeth sector of the project where a second rig is planned to expedite and allow, depending on results, potential expansion of the planned drilling program.

Additional sampling of historic core from Blackdome is continuing alongside the current drilling and sampling program, focusing on prospective zones of gold mineralisation associated with and surrounding the higher grade central vein portions that were not previously sampled or included in historic Mineral Resource estimates.

This additional sampling data will be incorporated in the dataset for the maiden JORC Mineral Resource estimate for Blackdome.

Shares in Tempus have increased more than 200% since March, but upcoming exploration results along with the maiden resource estimate have the potential to provide further momentum.