Emerging base and precious metals group, Pacifico Minerals (ASX:PMY), has released an update on drilling activities as part of a major ongoing drill campaign at its Sorby Hills Lead-Silver-Zinc Project, located 50km northeast of Kununurra in Western Australia.

After completing the acquisition of a 75% interest in the project, PMY moved quickly to mobilise an RC drilling rig and a diamond drilling rig, with the program aiming to provide a higher confidence JORC Resource estimate (by increasing Indicated Resources) to include in a pre-feasibility study (PFS), which will be completed in 1H 2019.

PMY has this week mobilised an additional diamond drill rig and now has two operating at Sorby Hills. 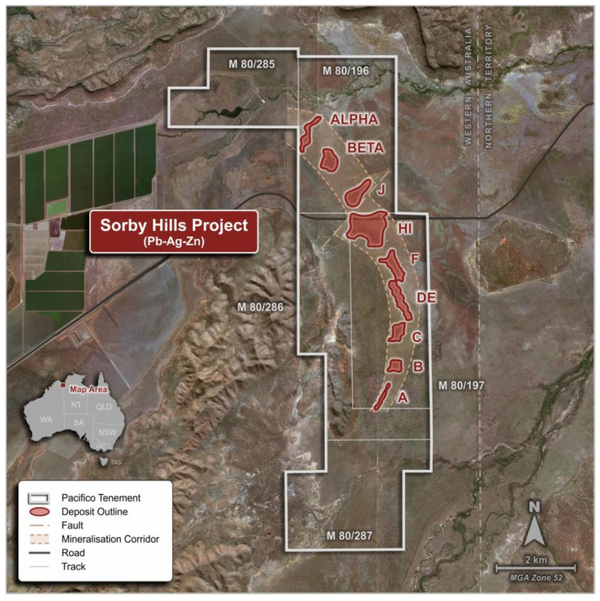 PMY expects assay results to be received during December and January. Furthermore, all diamond core will be oriented and enable structural measurements to refine the understanding of the style and type of the Sorby Hills base metal mineralisation.

As well as expected galena (lead sulphide) intersections, significant amounts of sphalerite (zinc sulphide) have been observed in the drill core.

PMY has also kicked off the technical work required to undertake mining and metallurgical studies for its new feasibility study.

Last month, the ASX small cap announced that the investment group of Tony Poli, co-founder of former ASX-listed group, Aquila Resources, came onboard as a substantial shareholder in the company.

Projected upcoming drilling results are expected to boost confidence in PMY’s existing Mineral Resource Estimate of 16.5 million tonnes at 4.7% lead, 0.7% zinc and 54 grams per tonne silver, as well as enhancing the economics of the upcoming PFS.