This program consisted of 30 drill holes or approximately 3.5 kilometres drilled at an average depth of 118 metres.

The drilling program has more than doubled the strike of mineralisation at WGH from approximately 500 metres to around 1.2 kilometres and remains open as indicated below. 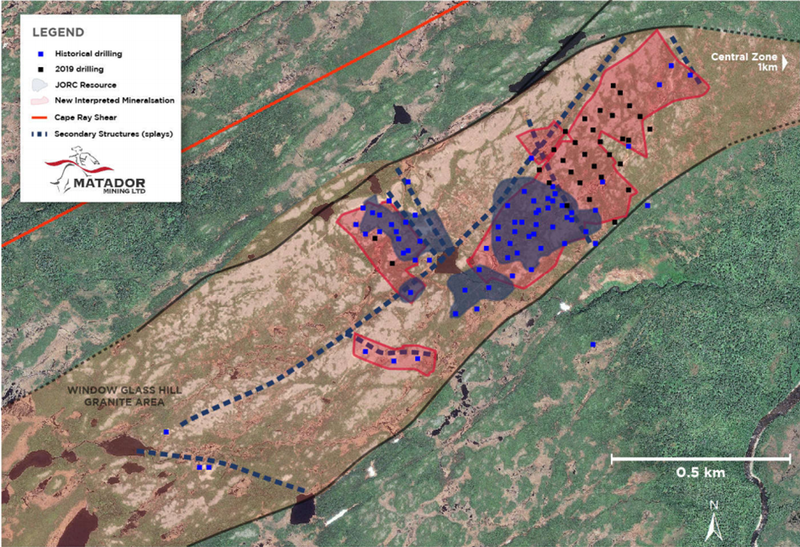 Importantly, drilling has found that mineralisation to the north is trending in an up-dip trajectory from the existing resource, with the average depth between 30 metres to 70 metres from surface.

This shallow mineralisation encountered in drilling bodes well for the company’s strategy of targeting open gold that could be mined through an open pit process.

Following on from this important development, management has identified a number of “walk up” drill targets for 2020, the testing of which is focused on further growing the WGH resource.

‘’To have expanded the mineralisation of this single deposit to 1.2 kilometres, which remains open along strike and identified numerous new drill targets in close proximity, is a great result for our exploration team.

‘’We look forward to next year’s program, which we expect will further add to this resource that is likely to become an integral part of our mining strategy at Cape Ray.”

These targets and their locations are highlighted below. 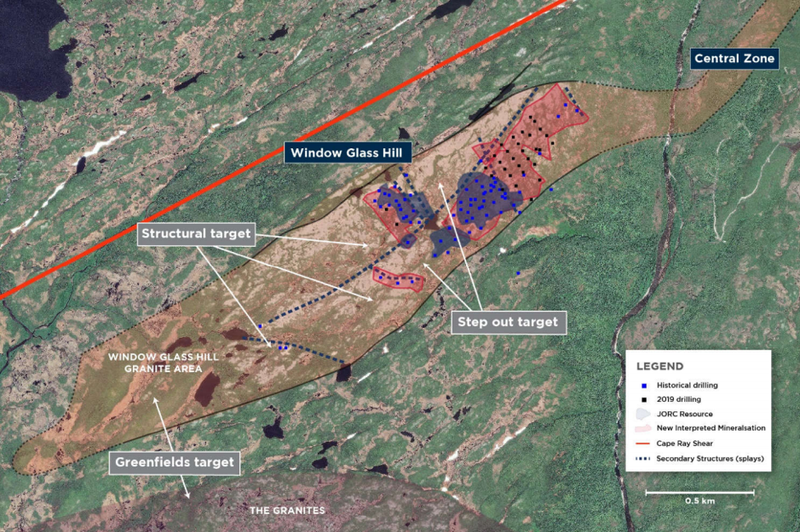 Two “step out” drill targets have been identified from interpreted mineralisation extensions.

The northern extents of the Central Shear 2 zone, combined with recent drill results (CRD105 - 5 metres at 3.5g/t from metres) highlight the potential for further resource growth in these areas.

Three brownfield targets have been identified through structural mapping, the identification of high-grade rock chips, as well as historical drill results.

Exploration will initially include additional mapping and sampling prior to reconnaissance drilling later in the season.

Management is confident in the potential of these targets, given the similarities to the current resource surface geology.

Matador will also be investigating untested greenfield targets, focusing on areas adjacent to the WGH granite containing the WGH deposit and the PW deposit which are located on the southern extension of Central Zone.

Outside of the interpreted mineralised area, only three drill holes on the southern portion of this granite unit have been drilled.

Given this area stretches for approximately two kilometres of potential strike, the possible exploration upside is considerable.

Matador also completed the first soils program over the nearby Granites prospect during 2019.

Results from this program are pending and are expected to be received in January 2020.

Infill sampling, structural mapping and rock-chipping are planned for this area prior to potentially testing with drilling later in the season.

With a number of initiatives being taken on the exploration front in 2020, some of which are in areas where there is proven mineralisation and/or trend extensions, Matador’s share price could benefit from positive news flow in the coming 12 months.