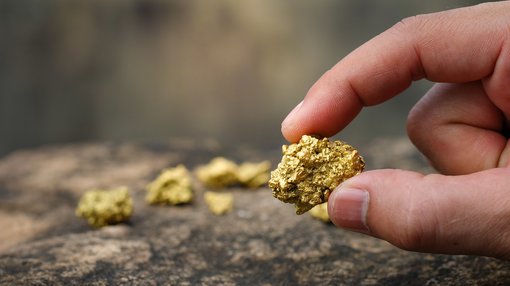 A step-out drill program aimed at extending the dimensions of known mineralisation continues to intercept strong gold mineralisation in every direction tested with recent drilling delivering some of the best results thus far.

The company was rewarded with impressive widths and grades from drillhole TS-DH24.

This was drilled as a north-east step out from TS-DH07 and TSDH-08, the two earlier drill holes that arguably provided the drill core assays that took Tesorito from ‘target’ to a legitimate and significant gold porphyry discovery.

A particular highlight was an intercept of 36 metres at 3.3 g/t gold from surface, which has provided the highest grade intercept of significant width ever recorded at Tesorito.

This bodes well for further exploration in this region, and given it indicates there is surface and shallow mineralisation that is readily accessible there are potentially positive implications for project economics.

While good quality mineralisation has been identified at depth, projects such as these are often modelled on a starter pit that generates early-stage cash flow, providing partial funding for progression to full production.

As indicated in the following diagram, geological features were akin to those identified when drilling TS-DH16 at Tesorito West where there was a similar zone of elevated gold and porphyry pathfinders. 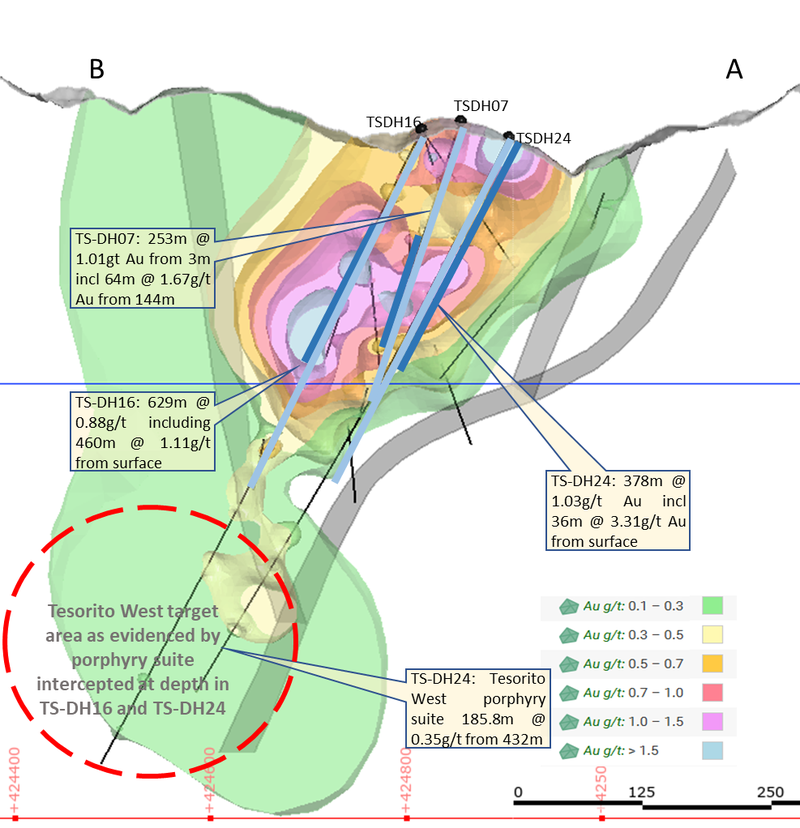 Drawing together information from these two drill holes will assist the company in directly drill testing Tesorito West.

Discussing these recent developments and their implications for future drilling, managing director Jason Stirbinskis said, “In previous recent announcements, and interpolating from nearby near-surface drill results, we flagged the possibility that the high-grade central zone at Tesorito South may reach surface to the east or north-east of where much of our attention has been to date.

"This latest result adds considerable weight to that idea.

"We are currently drilling TS-DH25 ‘26 and ‘27 which will enable us to test extensions in the general N/NE region and we are designing another series of step-out holes, even further to the NE and approaching the Tesorito North target zone, as we clearly haven’t found the limits of gold mineralisation yet.

"Looking back on TS-DH08, the first hole drilled by new management and under the Los Cerros banner, we had high expectations for Tesorito, but it looks like even those might have been underestimated.”