The company completed a total of 23 holes for approximately 1450 metres at the Kat Gap Project which is down from the original 48 holes for 3,200 metres it was planning to complete prior to the onset of COVID-19.

Very high-grade gold was intersected at shallow depths on the northern most drill line at Kat Gap. 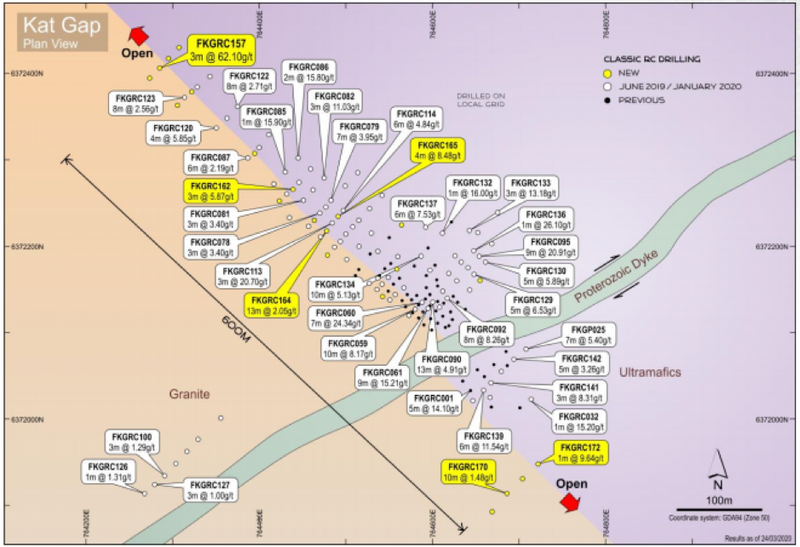 No historical or Classic RC drilling has been conducted north of this drill line.

It is important to note that gold mineralisation now extends over 600 metres in strike with significant gold intersected on both sides of the Proterozoic dyke.

Classic has only drilled a handful of holes on the southern side with the strike wide open further south.

Other results released on Monday are outlined below. 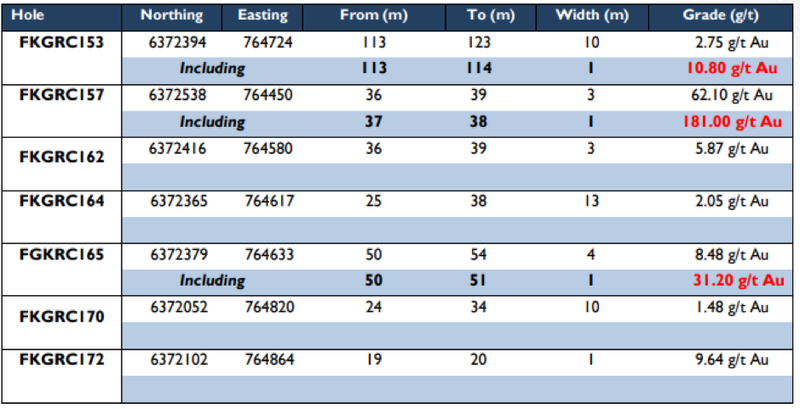 Ten metre thick supergene zone to be followed up

Recent drilling at Kat Gap also showed that broader zones of flat supergene gold mineralisation project well out into the granite around 100 metres from the main contact south of the cross-cutting Proterozoic dyke.

Commenting on this geological trend and putting these most recent results into perspective, chief executive Dean Goodwin said, ‘’This latest round of drilling has shown that significant high-grade gold can still be intersected at shallow depths well north of the Proterozoic dyke.

‘’I’m very pleased with these results as it demonstrates the strength in the system to the north, and it’s not slowing down by any stretch.

‘’We need to keep going north obviously but deeper drilling needs to be conducted as well.

‘’It’s still early days and we have a relatively broad drill spacing up the northern end, but at this stage it’s looking really good.

‘’We also drilled a single line of RC holes on the southern side of the Proterozoic dyke, 60 metres south of previous RC holes conducted by Classic over a year ago.

‘’We hit a broad 10 metre thick zone of supergene gold mineralisation well out into the granite which we weren’t expecting.

‘’That’s telling us that there’s probably something substantial lurking out in the granite itself well away from the granite-greenstone contact.

Upcoming rounds of RC drilling at Kat Gap will focus mainly on testing the main granite – greenstone contact further north and south along strike from the current drilling area.

The next RC drilling program will test the northerly and southerly extensions for another 100 to 200 metres along strike.

RC drilling will also test the extent of the recently discovered supergene horizon south of the Proterozoic dyke out in the granite with further drilling to be undertaken in order to determine the source of this new supergene zone.

RC drilling programs will also be carried out in the granite to test the large 5 kilometre long geochemical anomaly identified in previous historical auger soil sampling.

The initial program will focus around the cross-cutting Proterozoic dyke where high auger values were returned along with a dilational site located in the north-eastern most area of the geochemical anomaly.

Management believes that there is strong potential for additional mineralisation to be identified up-dip, down-dip and along strike, both outside of and within the existing historical RC drill coverage.