Investors flock to Tempus on release of drilling data

As shown below, the Mineral Creek Gold Property is located on Vancouver Island, British Columbia, approximately 10 kilometres east of the town of Port Alberni. Tempus recently announced it would accelerate its exploration program here. 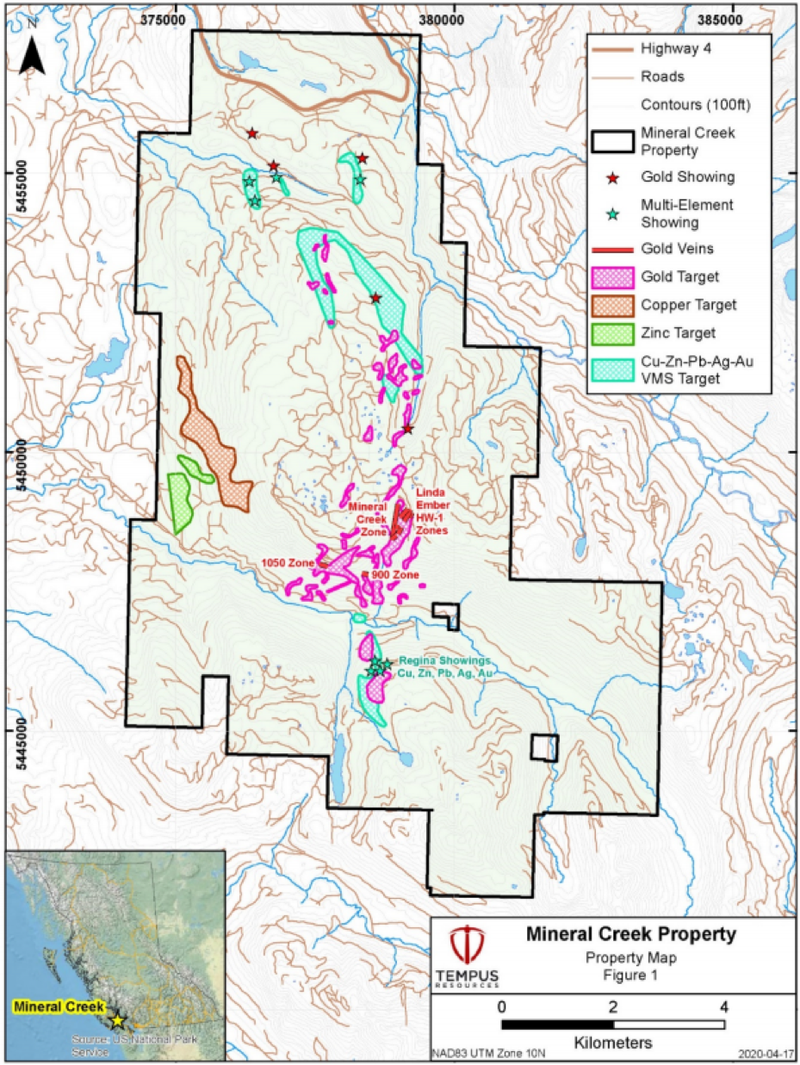 The property was acquired by Tempus together with the Blackdome-Elizabeth Gold Project last year, and it consists of 42 contiguous mineral claims totalling nearly 9900 hectares.

All 42 mineral claims are owned 100% by Tempus subsidiary Sona Resources, and have no underlying royalties.

The property is readily accessible by an extensive network of all-season logging roads.

In the 1980s approximately 50,000 metres of diamond drilling was completed on the property, and while this data has been compiled it hasn’t been reported given lower reliability and the subsequent need for further field validation.

Drilling in the 1980s focused on the volcanogenic massive sulphide (VMS) and gold mineralisation potential.

The second physical exploration phase came in the 2000s when a total of 216 diamond drillholes for 37,500 metres was completed on the property, identifying 6 gold zones (Linda, Ember, 1050, 900, Gap and Big Southeaster).

As indicated below, these included the bonanza grade results we referred to earlier, which more specifically was returned from the Linda zone (up to 7.2 metres at 159 g/t gold). 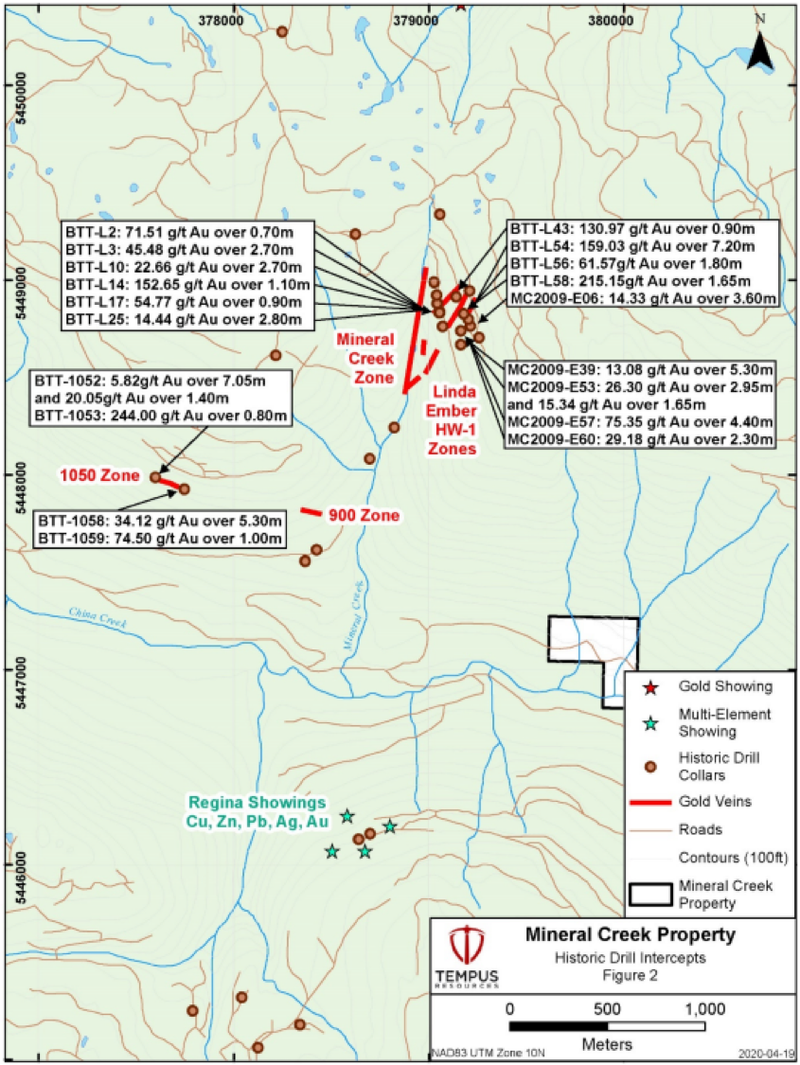 Gold grading up to 75.25 g/t was delineated in a 4.4 metre intersection at Ember.

Within this zone, there are several narrow quartz vein splays off the Mineral Creek Fault that have been known to return bonanza-grade gold assay values.

Many of these splays remain underexplored with significant strike potential.

Further field assessment and sampling programs at Mineral Creek are being planned as part of the upcoming field season, set to commence in the coming weeks at Blackdome-Elizabeth.

However, given the outcomes of this review, Tempus plans to allocate further resources to advancing the Mineral Creek Property.

Compilation of a consolidated database is in progress, which will be used to generate mineralisation models to assist in the planning of new drilling programs.