Los Cerros Limited (ASX:LCL) has today confirmed that its highly anticipated September quarter drilling campaign is on schedule to commence on 31 July.

The diamond drilling program at the company’s Quinchia Gold Project in Colombia’s Mid-Cauca porphyry belt will span ~2500 metres and commence at the Tesorito porphyry, before moving to targets at Chuscal and Miraflores.

The first hole of the upcoming drill program is at Tesorito — an at surface gold mineralised porphyry system — and will further explore the southern anomalous zone that has already delivered impressive results.

Los Cerros is also developing its drilling strategy for the northern anomalous zone defined here by gold and strong molybdenum assays in soil over a magnetic high. 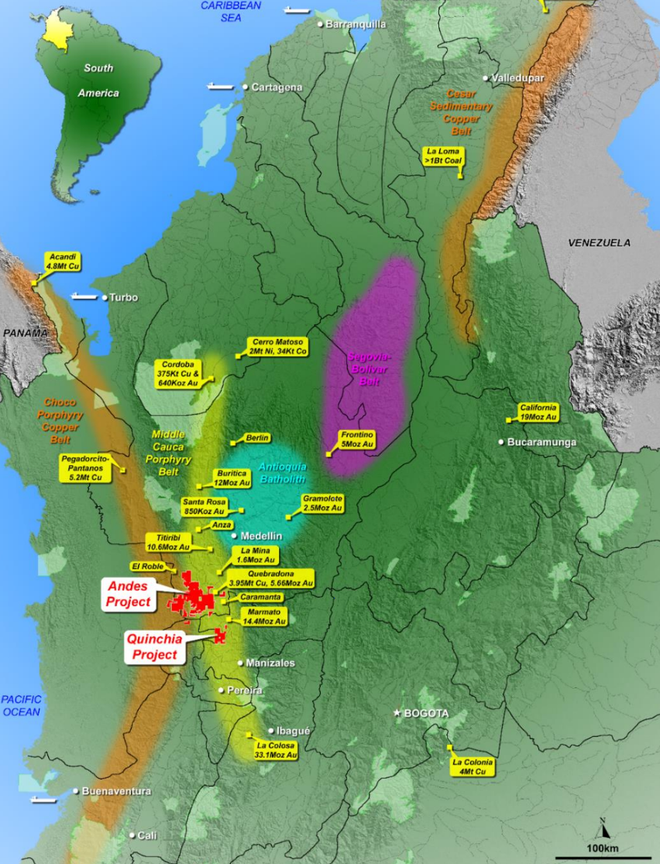 Tesorito was last drilled in late 2018 with all of the seven holes drilled to date intersecting porphyry-style gold mineralisation including impressive intercepts.

Both cores are broadly similar in size, with each corresponding to a magnetic high, overprinting east-west trending epithermal veining and porphyry-style alteration.

The northern core is poorly exposed but higher in gold and molybdenum values than the southern core.

The drill program will commence with testing the continuity of wide higher grade intersections in holes TS-DH-02 and TS-DH-07 (referenced above), and following that the company will test the newly defined northern gold-molybdenum soil geochemistry anomaly as outlined below. 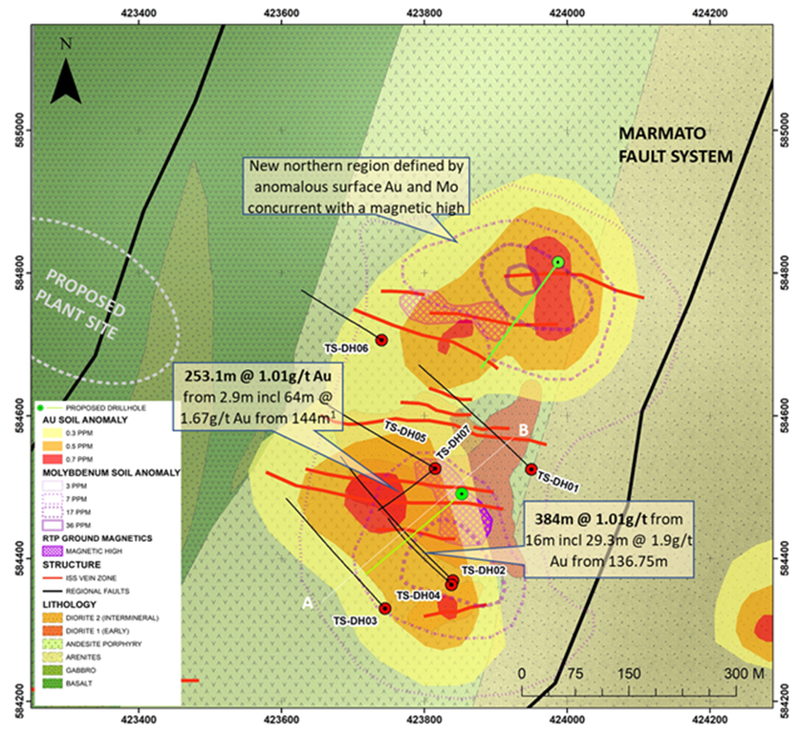 The key driver for seeking the SPA is to assist Los Cerros in driving down its in-country exploration costs, maintain cash, improve efficiencies and facilitate significant drilling and IP programs.

Under the terms of the agreement, Ausino will provide a new, fit for purpose, diamond core drill rig, drill rods, consumables and extended after sale support in the form of expert senior drillers on site to build the company's internal capabilities.

On this note, managing director Jason Stribinskis said, “With full support from Ausino, the company has decided to commence drilling via a Colombian drilling services provider while we wait for our own equipment to arrive.

‘’The intention is to drill at least two circa 350 metre length diamond holes at Tesorito first and then, once we have our own rig and the efficiencies that should bring, we will tackle more targets across the Quinchia Gold Project.

‘’The encouraging work of our Colombian geologists and international consulting experts has generated a good number of exciting targets to be drill tested. The Chuscal and Tesorito prospects are part of the larger Quinchia Gold Project which also comprises Miraflores, Dosquebradas and other established targets and untested areas of interest within a 7500 hectare parcel, as illustrated below. 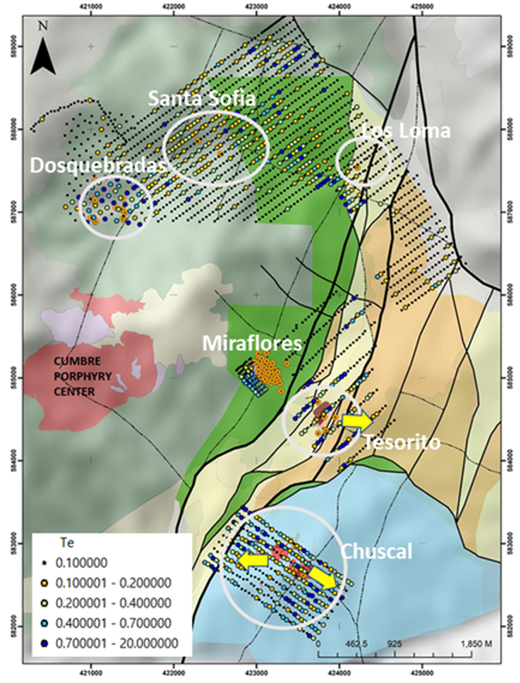 In February, the company established a JORC Resource at the project’s Dosquebradas gold deposit of 1.3 million ounces gold including reserves of 457,000 ounces.

It has been an impressive first half for Los Cerros with the company having received final tranche of assays from the 2019 Chuscal drilling program in February.

This consisted of four diamond holes, the first drilling to occur at the prospect.

The final hole of the drilling program intercepted regions of vein gold at depths predicted in the regional structural model, adding weight to the validity of the model for the distribution of epithermal vein related gold and silver.

Such is the support for the company, and representing an acknowledgement of the quality of its assets, that global mining group AngloGold Ashanti (JSE:ANG | ASX:AGG) entered into a binding terms sheet, exchanging its Chuscal joint-venture interest for Los Cerros securities, effectively making it a 4.3% shareholder in the group.

The agreement brought Los Cerros’ ownership of Chuscal to 100% and resulted in the company holding 100% of the entire Quinchia Project, of which Chuscal is a part.

Highlighting AngloGold Ashanti’s view of the broader region, the company now has exposure to the larger Quinchia Project and the enormous greenfield potential of the Andes Project, 70 kilometres to the north.

This represents a high profile endorsement given AngloGold Ashanti’s prolific record, having notched up more than 100 million ounces of gold resource discoveries.