The samples were taken from three pegmatites within and adjacent to the old mine workings during a first pass mapping and sampling field program.

Two of the pegmatites have not been mined to any great extent and only the external and marginal zones which are heavily weathered are exposed.

In many of the San Luis pegmatites the zones normally do not contain spodumene, suggesting previous exploration initiatives may have been abandoned on this basis.

However, LRS took the decision to conduct specialised testing for samples over 2.5% lithium and the results have confirmed expectations that economic grades of lithium are contained within the mine exposure with adjacent pegmatite outcrops showing elevated grades in the outer zones despite heavy weathering. 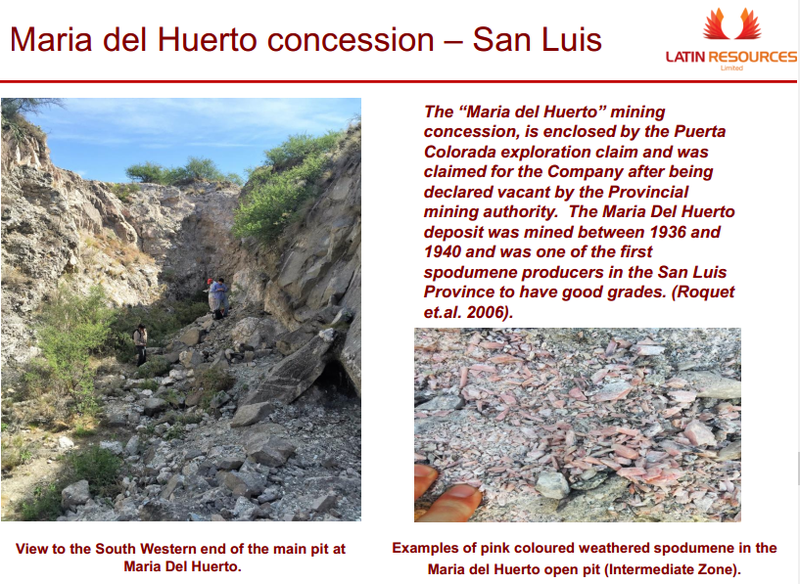 This news should be well received, particularly in light of the fact that it is relatively early days in terms of identifying the full potential of the Maria del Huerto lithium project. The environmental impact assessment (EIA) will be completed and lodged in March, and LRS is expecting to receive the go-ahead within a 4 to 6 week period of lodgement.

As stated above this is an early stage play and therefore investors should seek professional financial advice if considering this stock for their portfolio.

The initial exploration and resource development drilling program at the site will incorporate approximately 50 holes over an area of 6000 metres. Once assays have been assessed, management will make the decision regarding prioritisation of San Luis or Catamarca, its other more advanced project.

Management has provided an update regarding drilling at Catamarca where the first 400 metres has been completed at the Ipizca 11 concession. Clear visual signs of spodumene have been identified in the course of reverse circulation drilling with first round samples in the process of being analysed. 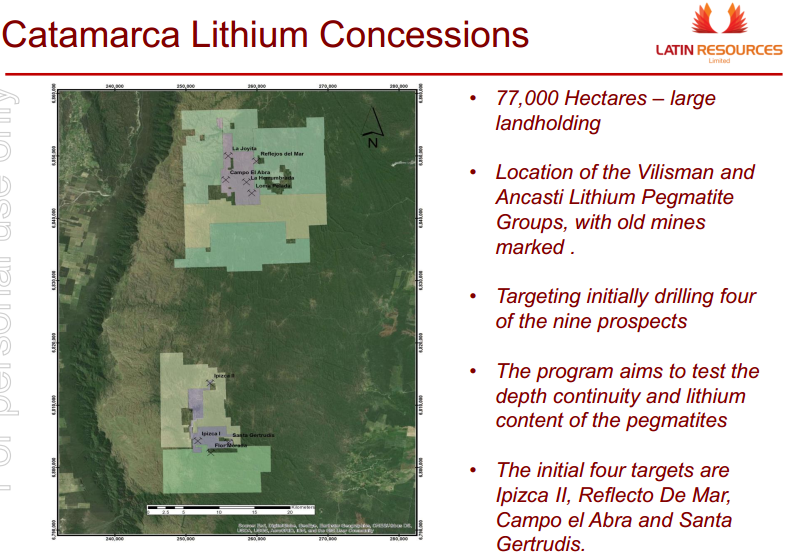 While news flow from these results will be closely watched, the commencement of drilling at the Reflejo del Mar prospect in the North of the project area may also produce promising results given it is highly ranked in the Vilisman Group pegmatites as the mine contains abundant evidence of lithium mineralisation and the orebody appears to have the potential to thicken with depth.

Commenting on these recent developments and putting them in perspective in terms of the company’s outlook, Managing Director, Chris Gale said, “The drilling at Catamarca has shown signs of spodumene at depth, a very positive step forward for the company, positioning it to potentially progress one and/or two projects towards the establishment of a maiden resource.