The do’s and do nots of performance reviews 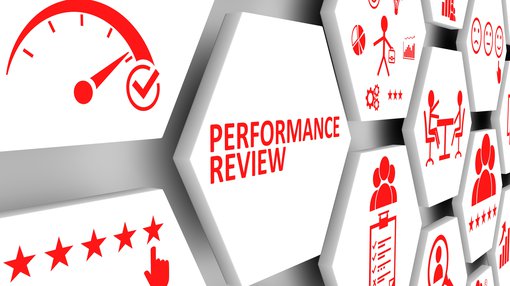 ‘Performance management isn’t dead. The old way of thinking about it is.’ – Anita Bowness

Have you just been through the pure joy of a half year on end of year performance review?

As someone who is claustrophobic, I would much rather be stuck between floors in a small elevator than sit through that twice-yearly activity of misery.

Am I on my own there?

Not according to the peak US based HR body, SHRM who along with Personnel Decisions International, conducted a survey where 32 percent of the HR professionals surveyed indicated that they were “unsatisfied” or “very unsatisfied” with their organisations’ performance-management systems. Even those in charge of performance management show a high degree of dissatisfaction for the process!

You know that hour of time you’ll never get back, not to mention the time spent in preparing your data for the meeting!

Then there’s the meeting with or without the tissue box on the table, the five minutes of small talk followed by “so, how do you think you performed this year” and then the 50 minutes of highlighting areas for improvement or ‘not yet met’ followed by an awkward congratulatory “keep up the good work” from your manager.

As managers there is a need to change this process so that it is seen as a highlight of the year for your employees and not something to lose sleep over. It seems like it’s a world away from today’s experiences.

What needs to change you ask?

Here’s my 3 Tips on the Manager Do’s and Do Not’s that will be helpful in creating a better experience for both the manager and the employee:

It Makes Sense to Make Sense – humans are sense makers – we thrive on understanding and making meaning of things. It’s no different for the performance review. A smart manager will talk about the ‘why’ this is being done, ‘how’ the process works and ‘what’ the expectations are to keep checking progress in along the way. Don’t assume or think of the process as something that happens after the work is done. This is part of the work.

Have Regular Formal Conversations – schedule these formally at least monthly during the year. This is so important to ensure that as a manager you have a catalogue of evidence from both a technical delivery and behavioural aspect of your employee’s progress at half and full year. It also means you won’t be running around in a panic at the last minute and miss important data to represent the actual versus perceived performance.

Always Be Timely and Honest with Feedback – even when it feels easier to step away and avoid a tough conversation you must tell people what they need to hear and not what you think they want to hear. This only creates more friction when you raise the unraised issues in order to justify a review outcome long after it ever occurred. This will erode any level of trust built immediately.

Surprise people by digging up issues from the past - All managers should have a “no surprises” policy, usually in the form of weekly or fortnightly conversations which review both performance metrics and behavioural observations. Bringing something up from three months ago to justify a rating will only infuriate a team member and show you’re a conflict avoider and not to be trusted. Surprises end up damaging the trust contract and have long-term implications on personal and work relationships.

Start by asking your employees how they think they performed – You are the manager, and it is simply passing the buck when you roll out that favourite old ‘ice-breaker’ line at the start of the formal 1:1 review. Take the initiative and step into the role you are there to perform. Go first and give the feedback, and don’t be looking for someone else to kick off a conversation that you can anchor your response on. That’s the easy way out and I hope you hear a response like this, “I thought you we’re reviewing my performance” from your employee.

Blame it on the Process – Never roll out the old chestnut when everything else has turned sour and you feel like you’ve dug yourself into a huge hole. Hiding behind the robotic process will only show how weak you are when things get a little heated. You can make the process better, and before dropping this on the table, think about the long-term stench it will leave on your relationship with those in your care. You are only protecting yourself here.

Perhaps there’s a message in this?

Could it be that the process is demotivating the very people who we rely on to spend some discretionary effort? Think about this before the next review session. Two days in the year handled poorly shouldn’t destroy the good work of the other three hundred and sixty-three.

Stop following the archaic old process and and create a more human one. Something that truly recognises humans and how they influence the business performance and metrics.

Musk moves to second place on rich list as Tesla hits the $500BN mark and … the little Aussie stock that can Energy renaissance as post COVID-19 world gets priced in Re-wiring your management style Vaccine moves markets, ASX crash has no effect and … 4 ASX stocks to watch

Why should trust be given not earned in workplaces