Still enough cash for a coldie: check into Redcape Hotel Group as our ASX stock of the week

With the hospitality sector ready to kick back into gear, it is a good time to look at some stocks in the sector, particularly ones that have been sold down heavily where there is scope for significant share price upside.

Without there being barely a plane in the air and boarders still closed, travel stocks have already rerated strongly.

Webjet (ASX:WEB) was also hard hit, yet in the last month its shares have climbed 60%.

This demonstrates how one has to be ahead of the curve in terms of identifying stocks that are likely to be coming out with positive news rather than waiting for that news to hit the deck.

I am looking specifically at the hospitality sector this week.

No doubt the reopening of swanky restaurants will draw plenty of media attention, but my focus is on pubs as I see this sector as much more resilient and perhaps more in line with the spending capacity of consumers following the COVID-19 fallout.

Some people may have lost their jobs, while others have been on limited income for a number of months, but a reasonably priced pub meal with a few beers is more likely to still be within their budget than dining at an upmarket restaurant. 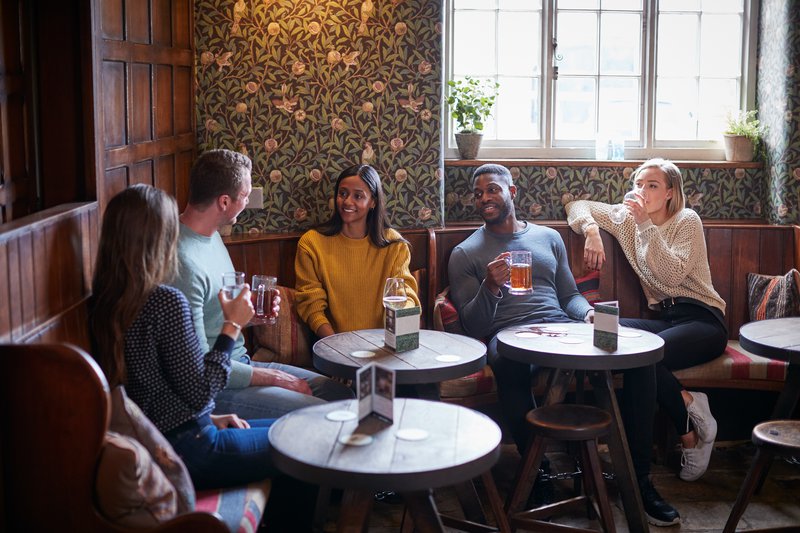 A sector that is back in favour

There has been noticeable support in the sector over the last two months with shares in the leading player ALE Property Group (ASX: LEP) rebounding 30% to $4.88.

As a Real Estate Investment Trust (REIT) group, LEP is geared for consistent returns in the form of distributions rather than delivering substantial share price growth.

The company generates income from rental returns rather than operating the pubs and having earnings directly linked to the financial returns generated through its operations.

This provides reliable and predictable income with regular rent reviews built into contracts in order to keep pace with CPI growth.

Because of its income predictability, LEP is well-suited to safe haven investors, but I am looking for a company that has the capacity to generate both share price growth and a reasonable dividend stream.

To this end, I am targeting a company that captures all of the revenues generated from a pub’s operations in the top line, and then through good management achieves organic growth, minimises costs and optimises margins, resulting in earnings and dividend growth.

Potential upside catalysts in the industry can include the acquisition of new pubs and the development of existing freehold land in order to generate additional revenue streams.

On this note it is important to understand the benefits of freehold versus leasehold.

With the former, as the business owns the land, buildings, work in progress and operational entitlements, there is scope for expansion such as converting part of the car park into an outdoor entertainment area.

My stock of the week is Redcape Hotel Group (ASX:RDC) a company that has 32 hotels in New South Wales and Queensland, 30 of which are freehold businesses.

While the company closed all of its pubs in line with COVID-19 restrictions, the group’s 16 bottle shop outlets and accommodation at two of its hotels were able to remain open.

However, as of June 1 the majority of Redcape’s venues have reopened, and the word from management is that the downtime has been put to good use in terms of undertaking renovations, making operational changes and upgrading systems.

As Redcape generates income from the sale of beverages and food, as well as gaming it takes an experienced management team to manage all facets of its operations.

Redcape was fortunate in that it had $100 million in cash on hand as the shutdowns started.

At the time, management estimated that cash expenses associated with maintaining the business were approximately $10 million per quarter, but importantly as the owner of most of its businesses there was little to be concerned about in terms of commitments to third-party landlords.

The pubs were closed for approximately 10 weeks, suggesting that the cash burn for Redcape should have been less than $10 million, leaving it cashed up to continue to grow the business and perhaps take advantage of some stressed sales within the industry.

The company was tracking well leading up to downing tools, having completed the sale of the Royal Hotel in Granville for $51 million (a premium to book value) and acquired Kings Head Tavern, South Hurstville for $27 million.

Only a fortnight before shutdown, management had reaffirmed its full-year distribution guidance of 9.2 cents per share, having already paid 4.8 cents for the six months to December 31, 2019 which represented an 11% increase on the previous corresponding period.

While the second half distribution will either be trimmed or perhaps cancelled to strengthen the balance sheet, a return to normal distributions could be expected in fiscal 2021.

As a guide though, while there is limited coverage of the company, the latest broker projections are for a fiscal 2021 distribution of 7.2 cents, representing a yield of about 8.8%, still a very healthy return in a low interest rate environment.

It is worth noting that the average dividend yield across the sector based on fiscal 2021 projections is 5.3%. 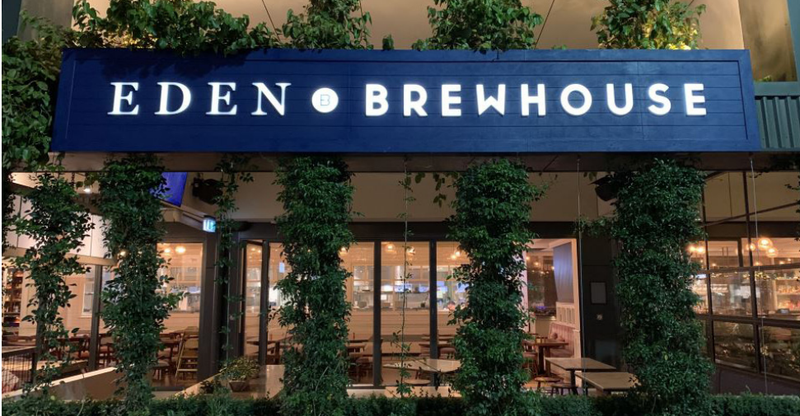 There was plenty to like about the company’s interim result with operating underlying earnings up 19.8% on the previous corresponding period and margins increasing from 22.7% to 24.1%.

Organic growth was evident with like-for-like revenue up 6.2% compared with the six months to December 31, 2018.

The portfolio valuation as at December 31, 2019 was just over $1 billion, suggesting the company’s enterprise value of about $360 million is well short of fair value.

On this note, the net assets per stapled security as at December 31, 2019 were valued at $1.15 per share, implying a premium of more than 40% to the company’s current share price.

This not only suggests there is scope for significant share price upside, but the group could come under the spotlight as some of the larger players in the sector look to snare and acquisition at a discount price.

However, even if this were to eventuate it is a fair bet that any suitor would be paying a substantial premium to the company’s share price.

Even setting corporate activity aside as a potential share price catalyst, this will be a stock to watch in August when it releases its full-year result and most likely provides guidance for fiscal 2021.

It will be then that investors crunch the numbers and perhaps gain an appreciation for where the company should be trading to reflect fair value.