Myanmar shares rally on back of drilling 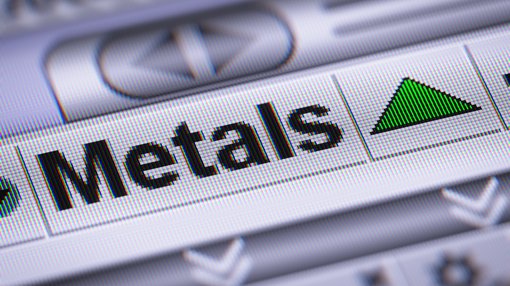 Myanmar Metals Ltd (ASX:MYL), developer of the polymetallic Bawdwin Project, is our stock of the week.

The company’s flagship project is considered by Patersons analyst, Xavier Braud, as one of the top 10 largest undeveloped lead-zinc-silver deposits in the world.

The following graphic supports his bullish take and the bright prospects he sees for Myanmar.

Adding more flavour to the story is the fact that scoping study metrics only include 20% of the current Bawdwin resource.

Early stage number crunching sees the company targeting a stage I starter pit by 2021, a development that would have attractive economics over a 13 year life.

Management expects to complete a prefeasibility study (PFS) and release a Maiden Ore Reserve by the end of March, providing some more details in terms of understanding a large but complex project.

The company is also considering the development of an early mining pilot scale operation in 2019.

Multiple deposits within a large envelope

While the headline numbers are lofty, chairman and chief executive John Lamb pointed out this week that the company has only scratched the surface of what is a mineral field rather than a deposit.

“I’ve often said that Bawdwin should be viewed as a mineral field rather than a deposit and I think these results evidence that.

“Our drilling and exploration programs have moved from the central Shan, China and Meingtha Lodes, which represented the historical mining envelope, and we have discovered extensions of these lodes and new mineralised zones altogether.

“It’s hard not to be optimistic about the chances of materially growing Bawdwin’s existing world class resource when high-grade, wide extensions of the known lodes are still occurring and seven high priority exploration targets have been identified along strike, awaiting drill testing.”

As things currently stand, this is a prospective timeline for the project.

Government has vested interest in Bawdwin

The Bawdwin project forms the means by which Myanmar intends to become a leading regional base metals producer.

The company is well positioned to realise this goal as the Bawdwin Project has world class exploration potential, a strategically advantageous location, an experienced management team and a strong balance sheet with supportive institutional shareholders.

It is also worth noting that Mark Creasy, one of Australia’s most successful operators in terms of identifying new discoveries has a 12% stake in Myanmar.

As a backdrop, the Bawdwin Concession is held under a Production Sharing Agreement (PSA) between Win Myint Mo Industries Co. Ltd. (WMM) and Mining Enterprise No.1, a Myanmar government business entity within the Ministry of Natural Resources and Environmental Conservation.

Myanmar holds a majority 51% participating interest in the Bawdwin Project in joint venture with its project partners, WMM and EAP.

With the Myanmar government having a vested interest in the Bawdwin Project, there are material incentives for regulatory bodies to assist wherever possible in streamlining the development process should a decision to mine be undertaken.

The following map is a useful point of reference as we examine the company’s exploration success to date and explore the significance of the mineralised extensions that Lamb refers to. 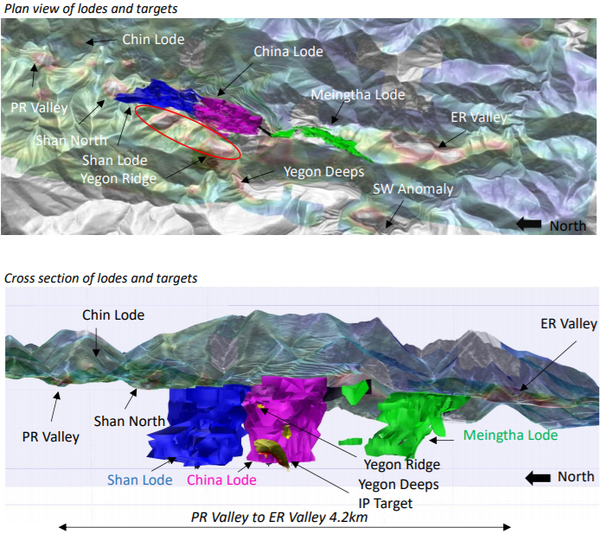 As indicated below, there was a strong share price response to drilling results released on March 11 with the company’s shares increasing 13% from 7.9 cents on the day prior to the announcement to close in on its 12 month high of 9 cents.

The above chart also shows that Myanmar is being valued on an exploration potential basis with very little alignment between its share price and commodity prices of its key metals lead, zinc and silver.

One of the key features of the drilling results was the return of a wide high-grade intercept in an area that had previously been modelled as ‘waste’.

The China Western Hangingwall Lode (see purple section on map), discovered in November 2018, has now been defined for over 300 metres along strike with much of the mineralisation being hosted within the China Pit Shell in a region previously modelled as waste in the 2018 pit optimisation.

BWRC061 was drilled up-dip of a discovery hole to test continuity of the higher grade intersections.

The new hole not only confirmed the high grade lodes, but it intersected another high grade zone further west.

The high grade silver is a promising sign as silver credits could potentially have a significant impact on lowering production costs.

It is worth noting that one of the other thicker intersections also identified silver grading 105 grams per tonne.

While drilling in other areas of the mineral field yielded thick intersections of lower grade mineralisation, the geological signs indicate much higher grades are likely to be identified at depth.

Consequently, Bawdwin remains very much a work in progress, and going hand-in-hand with that is the prospect of continuous market moving newsflow from an exploration program focused on multiple exploration targets.

On this note, Myanmar highlights what the future could hold as newsflow accelerates by reflecting on the rise and rise of one of its peers Arizona Mining that evolved in a similar way, underpinned by ownership of a globally significant mining project.

What the analysts think

Though such a large deposit suggests a significant lead time to cash flow generation, Braud’s take on it is that “the path to development could only be a short stroll to success”.

Based on his modelling the company could be in production and delivering a profit of approximately $100 million by fiscal 2022.

Braud’s speculative opinion is that Myanmar is worth more than double what its current share price implies, having set a 12 month share price target of 20 cents.

Indeed, history shows that the Bawdwin deposit once carried upper echelon global status with the mine being the largest in the British colonial empire following its development in the 1930s.

If World War II hadn’t intervened, Braud is of the view that Bawdwin would today be a “once great, now mined out” story.

As things currently stand with most of the deposit still intact, Braud has run the numbers and come up with a NPV10 (net present value discounted at 10%) valuation of $525 million.

Taking into account sovereign risk he has applied a 50% discount, reducing to 40% given the probability of finding ‘solid in country partners’, a development that appears to be in place given the government has a vested interest in the project.

This brings the discounted valuation to $315 million, and after attributing $30 million for exploration and taking into account cash of $13 million in February, a fully diluted valuation of 20 cents per share is ascribed.

Even on a 51% ownership basis, Braud estimates that such a project could be cash flow positive within two years with capital expenditure debt fully repaid based on current commodity prices.

However, we see the recent drilling results as potentially changing the entire metrics of this project as the scoping study didn’t allow for the discovery of very high grade material amenable to high margin underground mining.

Consequently, while Braud has presented a fairly positive valuation case, future studies based on upgraded resource estimates and new high-grade discoveries could reveal even more compelling financial metrics than those currently being used as a base case, or for that matter, superior to those that are presented in the upcoming prefeasibility study.