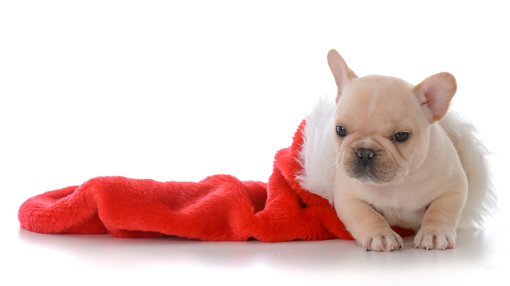 The Christmas period is a busy one for our stock of the week, CTI Logistics (ASX:CLX), with the company having a market-leading position across the courier, parcel distribution and taxi truck operations in Western Australia.

This is the company’s home state, and up until recent years, has been its sole area of operation.

However, acquisitions and the establishment of new operations have provided the group with prominent positions along the east coast of Australia, offering additional revenue streams and the benefits of diversification.

The latter is especially important, given that WA can be heavily impacted by cyclical trends, particularly given its exposure to the mining industry.

CTI currently has more than 750 vehicles on the road ranging from courier vehicles to triple road train combinations.

At the start of December, Hartleys industrials analyst, Oliver Stevens, ran the ruler across CTI, addressing the issue of its WA exposure.

On this basis, Stevens has attributed a buy recommendation to CTI with a price target of $1.42, noting that the group’s net tangible assets of approximately 90 cents per share were broadly in line with its recent trading range.

Given that CTI still generates approximately half of its revenues from WA, a sustained recovery in that region would have a significant impact on the company’s earnings, potentially pushing the company’s share price up towards Hartleys’ target, which is, of course, an estimate and may not be met.

With the capacity to ramp up both its transport and warehousing assets to capacity levels off a relatively fixed cost base, a substantial proportion of revenues would drop to the bottom line. 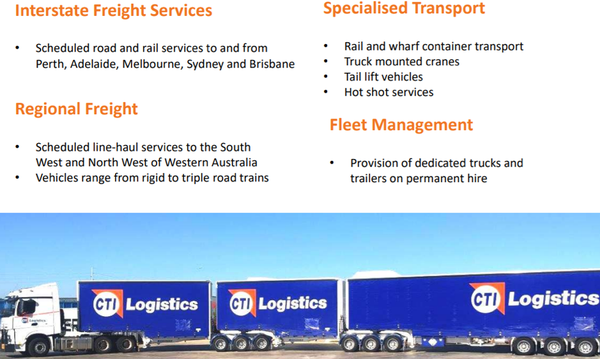 Coming back to CLX's acquisition strategy, it has also assisted in strengthening its position in WA with the July acquisition of Stirling Freight Express, providing services to 47 regional towns.

Consistent with management’s approach, Stirling is a company with a firmly entrenched position, having operated freight services across WA for 28 years.

Importantly, the group was acquired for $4.5 million in cash, and, as such, will not result in earnings per share dilution in fiscal 2019 when it will make a full year contribution.

Importantly, 75% of Jayde’s revenues at the time of acquisition were generated from areas outside of WA.

The company has been owned and operated by the same family for 37 years and has an established presence in all states, with facilities in Melbourne, Adelaide and Perth.

Existing management was retained to assist in making a smooth transition and this paid dividends with resultant increases in freight volume and margin contribution in fiscal 2018.

The development of Jayde Transport provided CTI with strategic bases, as well as regular scheduled services to and from all mainland state capitals.

Importantly, both Jayde and Stirling are yet to make a full year contribution, and fiscal 2019 will not only mark the inclusion of full-year earnings from both companies, but should also reflect the full benefits of the acquisitions through the realisation of synergies following their successful integration.

Positive guidance including a rebound in WA

In providing his outlook statement for fiscal 2019, executive chairman, David Watson, said: “With full year contributions from both Stirling and Jayde, we will see another significant increase in revenue and the overall size of the company in the new financial year.

“And in addition, we will continue to seek further growth, both organically and by acquisition, in fields related to, or compatible with the group’s existing core operations.”

It is worth noting that Watson has plenty of skin in the game, being the company’s largest shareholder with a stake of more than 30%.

It has been evident in the company’s acquisitions that management isn’t content simply to purchase an additional revenue stream.

Accompanying each acquisition has been a well-executed growth plan that has been instrumental in providing the organic growth that Watson referred to in his outlook statement.

CTI has a proven track record in optimising opportunities around its acquisitions, and there is no better example of this than the group’s purchase of GMK Logistics, a leader in the warehousing and distribution of floor coverings throughout Australia.

With warehouses in Brisbane, Newcastle, Sydney, Melbourne, Adelaide and Perth, GMK has provided CTI with a national footprint from which to grow its transport and logistics businesses.

GMK Logistics will play an integral part in the group’s fiscal 2019 expansion plans, with management looking to roll out its integrated transport and warehousing management software system on a nationwide basis.

While the GMK acquisition was made in 2015, CTI is still using it as a platform to grow revenues, as was demonstrated with its expansion at the Gregory’s Hills site in New South Wales in fiscal 2018.

CTI is aiming to establish a Brisbane depot for Jayde Transport with a view to accommodating a national client.

The company also expects to relocate two WA warehouses into the remaining CTI warehousing facilities — an initiative that will increase efficiencies and drive down costs.

Organic growth pursuits are likely to be directed at the group’s local transport operations in South Australia and Victoria.

Having indicated that management is far from done with its expansion initiatives, it is worth examining potential earnings drivers in fiscal 2019, as news related to these developments could provide share price momentum.

We may have even seen the start of this in the first week of December as the company’s shares rallied nearly 10% — perhaps recognition that it had been unjustifiably sold down as equity markets experienced extreme volatility in recent months.

With pre-tax profit up 23.2% and earnings per share up 34.9%, excluding property related adjustments, a strong foundation has been laid for fiscal 2019. 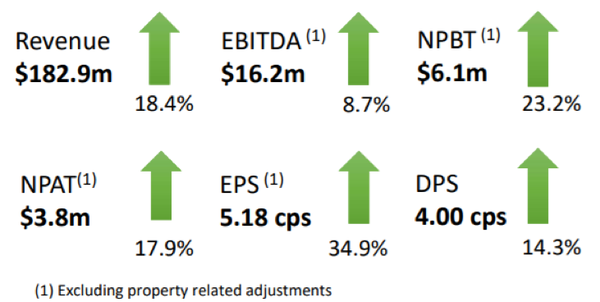 The tweaking of its property portfolio has been an important part of maintaining financial stability during a period when the company has invested heavily in acquisitions and organic growth.

With CTI poised to reap the benefits of these initiatives in fiscal 2019, analysts’ projected strong earnings per share growth appears achievable.

Consensus forecasts point to particularly strong earnings per share growth of 56.2% in fiscal 2019 followed by 10.3% growth in fiscal 2020.

This places the company on a seemingly conservative fiscal 2019 PE multiple of 10.3.

The implied dividend yield of 4.4% is also worth taking into consideration when assessing the company’s investment merits.

This is a fully franked dividend, representing a grossed up dividend yield of 6.3%.

Robust dividends have been a feature of CTI’s performance throughout its long history, and with the executive chairman owning a large chunk of the company, it would be surprising to see the board vary its policy in this regard.

While ownership of a number of properties has provided financial stability over the years, through timely turnover they have also assisted in funding acquisitions.

In the half year ending December 2017, the company sold one of its non-core properties for $1.6 million, and the profit was reinvested into the business to help facilitate the purchase of Jayde Transport.

The group accounts for its property at cost, and as at June 30, 2018, the property holdings at book value were $74.7 million, against an independent valuation of $86.5 million, amounting to an $11.8 million upside difference, equating to 15.3 cents per share.

CTI’s medium-to-long term plan is to fully develop the Hazelmere facilities in WA as a state-of-the-art warehousing and freight hub that will allow the company to consolidate several complementary business units as leases expire.

Property sales can also provide funds for dividend distributions to shareholders, and developments such as these should be watched closely as they can be share price catalysts.