Acrow takes the guesswork out of investing

While some companys’ financial years align with the calendar year, for most ASX listed companies June 30 marks the end of the fiscal period.

Those that work on this timeframe report their earnings in August, but generally by this time of year they have a pretty good idea as to how things are going to look.

In fact, what is often referred to as ‘confession season’ usually starts in April.

However, in many cases companies keep their cards close to their chest until earnings are reported in August.

Given share prices can swing fairly wildly in August based on whether companies meet, beat or fall short of expectations, the next few months can be a tricky time to invest.

Consequently, I like to focus on companies that have provided guidance, particularly close to June 30 as it would be extremely unlikely for any material variation to occur between now and when earnings are reported in August.

Acrow Formwork and Construction Services Limited (ASX:ACF) is my stock of the week, a company that provided a market update as recently as last Monday. 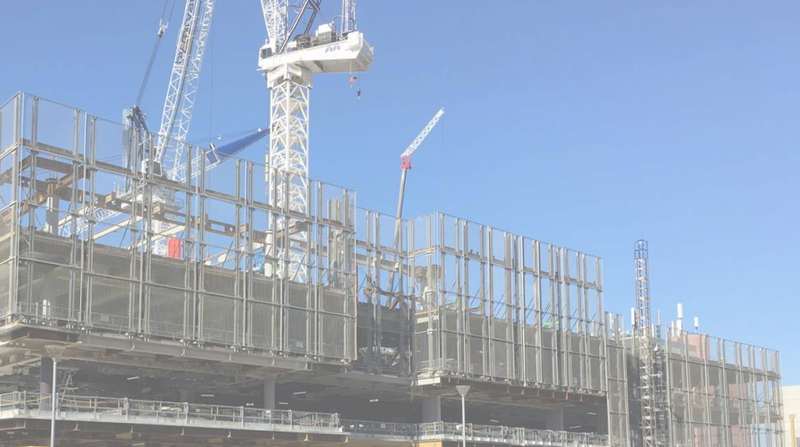 Shares rally on back of update

Management’s update was provided after the market closed on Monday when the company’s shares finished at 23 cents.

Investors were quick to pounce the next day with its shares increasing about 15% to close at 26.5 cents, and they have consolidated around that mark.

While this represented a robust re-rating, it could be argued that further upside is quite likely, particularly given the group is trading well shy of its January high of 37 cents.

Analysts at Bell Potter see further upside, responding to this week’s update by increasing earnings expectations for fiscal 2020, maintaining estimates for the following two years and upgrading the price target from 30 cents to 31 cents.

This implies a premium of 15% to the company’s current trading range.

However, the commentary surrounding Bell Potter’s research note suggests there could be scope for outperformance over the next two years with analyst Alex McLean saying, “From a run-rate perspective, better than expected Uni-span synergies and a buoyant civil infrastructure environment give us confidence that ACF can deliver a strong second half which lays the foundation for continued earnings growth in FY21.’’ 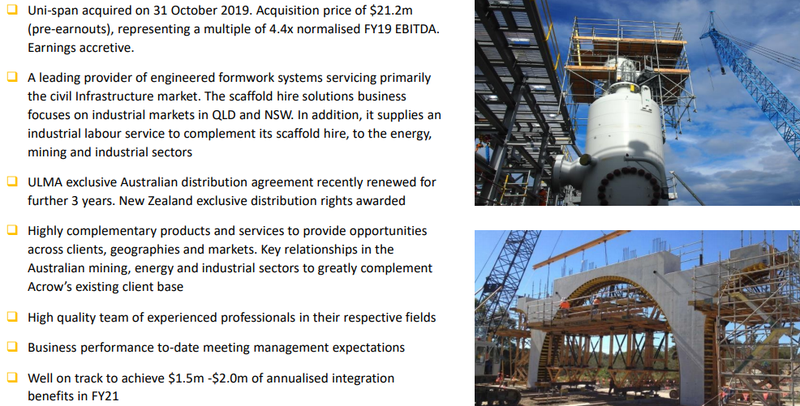 Bell Potter is forecasting earnings per share to increase 20.6% to 4.5 cents in fiscal 2021, implying a forward PE ratio of approximately 6, a multiple that appears particularly conservative for a company that is expected to also perform strongly in fiscal 2022 with the broker forecasting year-on-year earnings per share growth in the vicinity of 15%.

It is important to note that there is a high level of certainty regarding a large proportion of earnings anticipated over the next 12 months given that these will stem from projects currently in progress or already contracted for near term commencement.

Even in the midst of coronavirus, the company's workbook has grown substantially, increasing 20% to $76.3 million since December 31, 2019.

Key projects that the company is involved in include the Melbourne Metro Rail, the Melbourne Western Distributor and the Sun-Metals Zinc Refinery in Queensland.

With regard to the company’s medium-term outlook, there is a strong probability of post-coronavirus government stimulus packages being aimed at generating activity in the construction sector in order to create jobs and kick-start the economy with commitments already forthcoming from state governments to fast track major projects.

Examining this area of Acrow’s business, chief executive Steven Boland said, ‘’From a market perspective, the combination of superior Uni-span/Ulma equipment, coupled with existing Acrow equipment and engineering capability is providing a compelling offering to key civil infrastructure projects across the eastern seaboard.’’

The following not only demonstrates the sharp uptick in work to be completed over the next five years, but it also underlines the fact that global financial shocks such as the GFC in 2008 tend not to impact transport infrastructure projects, whether they are funded by private enterprise or governments. 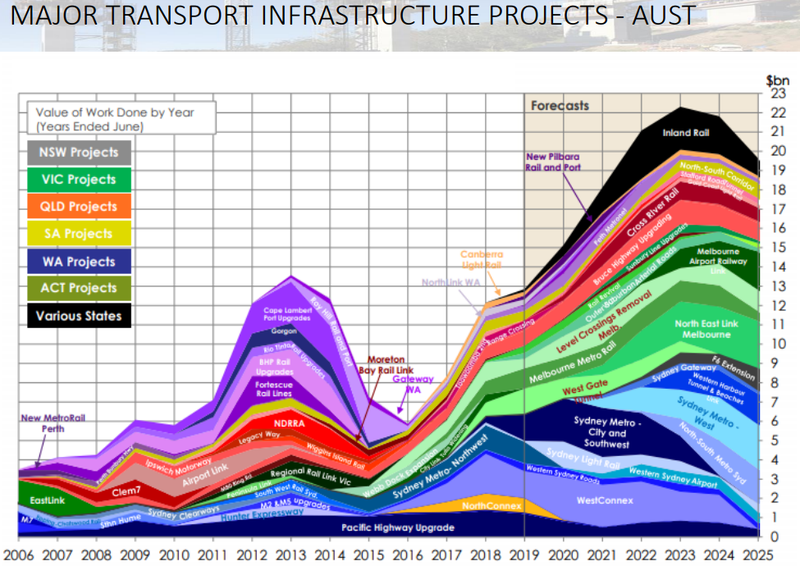 Boland also reminded investors that the federal government classified the building and construction sectors essential services during the pandemic, extending working hours and minimising the financial impact on both the company and its workers.

Management instigated a strategy two years ago to expand the company’s footprint into the New South Wales and Victorian civil infrastructure markets, and this is now paying dividends.

Gaining market traction, particularly in Victoria, coupled with the strong results emanating from the acquisition of Uni-span, has largely insulated Acrow from the slowdown experienced by other companies across some of the construction segments.

On this note, Boland said that the company’s Victorian operations in the civil infrastructure space were expected to report hire revenue of around $4.5 million in fiscal 2020, achieved from a standing start just two years ago.

The possibility of further acquisition opportunities to emerge in what is a fragmented market, this could be another avenue for growth. 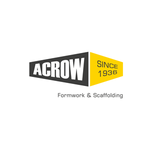