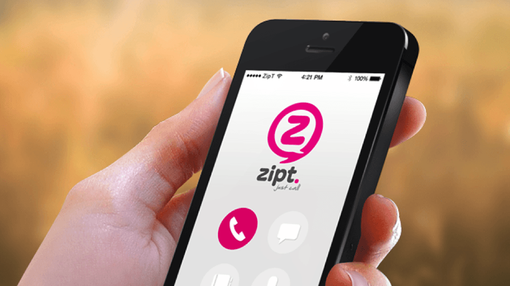 ZipT is a mobile based international calling app that compresses voice data to ensure a clear signal in any bandwidth environment. App to app calls and SMS messages are free, and low fees are charged for contacting other landlines and mobiles.

The app is being launched globally with a pilot phase beginning late last month in five countries – India, Brazil, Mexico, the US and the UK.

130,000 users are being targeted in this initial phase, which is designed to resolve any technical issues with the product before a wider global roll out.

ZIP wants to sign up 500,000 users within six months and up to 5.6 million within the first year.

The first part of the pilot phase is being conducted in India where ZIP has a strategic partnership with Ladooo, a leading mobile advertising firm. India has large areas still using 2G bandwidth, the minimum requirement for ZipT’s technology.

Each user was surveyed about the ZipT experience and ZIP says 80% reported good quality phone calls, 85% reported no delays or interruptions and less than 5% had a negative experience.

ZIP’s Executive Director, Keaton Wallace, says the company has now commenced a second user survey targeting 9,000 users. “We are extremely pleased with the pilot testing phase and the results to date,” he says.

“The calls have predominantly been made through 2G data speeds and heavily congested networks, environments which ZipT has proven to excel in. We are confident in our revolutionary ZipT product which offers great potential and the ability to capture significant market share. As the pilot phase continues we envisage frequent market updates on progress during this period.”