ZIP has signed a Memorandum of Understanding with SpeedCast International Limited (ASX:SDA) to supply the technology and infrastructure of its ZipT app to SDA’s global network that operates in over 60 nations.

ZipT is a mobile phone focussed international calling app that compresses voice data to ensure a clear signal in any bandwidth environment. It only needs a basic 2G signal to work, allowing ZIP to access customers across the world at every level of telecoms infrastructure.

The app’s pilot phase began in December of 2014 and is now in its second phase targeting 40,000 users to test its features and make any necessary improvements before a global roll out later in 2015. Results so far have been encouraging with just over 90% of respondents reporting satisfaction with ZipT’s call quality.

The key feature of ZipT is its low bandwidth needs; it uses 80% less data than rival telecoms apps on the market to connect clear voice call. This ability to deliver high quality communications, despite a poor signal, makes it ideal for satellite networks that often service remote locations.

The agreement between ZIP and SDA will see the ZipT app become part of the satellite service providers range of products for the networks it supports in 60 countries worldwide – opening the doors on significant markets for ZIP.

ZipT will be re-branded under a white label agreement and under SDA’s SpeedTalk portfolio of voice products and services. The product will initially target one thousand of SDA’s enterprises, and could lead to more satellite providers signing on with ZIP.

SDA’s clients work in fields such as oil and gas, maritime, mining and government and it’s successfully tested the ZipT app for networks in Australia, Papua New Guinea, Indonesia, Thailand and Malaysia.

ZIP’s CEO Bert Mondello says the agreement with SDA is a significant milestone for the company. “Securing our first enterprise agreement with a leading satellite communications service provider opens up further opportunity to expand wider into the enterprise market globally,” he says.

“This agreement substantially enhances the global distribution of the ZipT product and will bring significant and steady revenue stream for ZipTel.”

ZIP completes phase one of ZipT roll out

Earlier in 2015, ZIP wrapped up the first phase one of its pilot roll out of the ZipT app, acquiring 9,000 users in a three week period who tested the app to its limits.

This load testing showed the ZipT app can handle large demand and ZIP says its infrastructure is stable and ready to scale up to a global level.

The first part of the pilot phase was conducted in India where ZIP has a strategic partnership with Ladooo, a leading mobile advertising firm. India has large areas still using 2G bandwidth, the minimum requirement for ZipT’s technology.

Each user was surveyed about the ZipT experience and ZIP says 80% reported good quality phone calls, 85% reported no delays or interruptions and less than 5% had a negative experience.

Phase two of the pilot roll out for ZipT will now begin ahead of schedule, targeting 40,000 users to ramp up the app’s abilities. 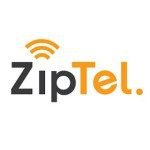