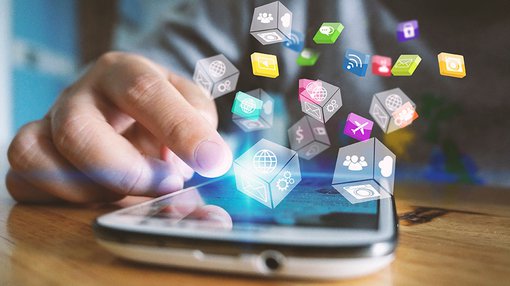 Among the highlights are:

Ong noted that the company has made strong progress across the board, attributing much of the success to its Channel Partner re-engagement program and its national online marketing campaign, a joint initiative between the company and CounterPath.

In October 2018, VN8 successfully launched the Vonex Phone App for iOS and Android mobile devices as well as Windows and MAC.

On the 28th November 2018, the company also commenced its beta testing of Oper8tor Conference, the first pillar of its minimum viable product (MVP) for its Oper8tor aggregated communications app. Oper8tor aims to seamlessly link all voice calls and communications across various platforms and devices around the globe.

Beta testing is now complete, with the initial release of the Oper8tor app expected in Australia via the App Store and Google Play in March 2019. The soft commercial launch of Oper8tor in Europe remains on track for July 2019.

To supplement these developments, VN8 also introduced its sales software, Sign on Glass (SOG), and has continued to recruit staff and increase resources in anticipation of further growth in 2019.

In the December quarter VN8 recorded monthly billing of more than $740,000, the first time in company history. It also accrued 26,000 registered Private Branch Exchange (PBX) users as of January 2019 (now over 27,000) – with PBX annual user growth tracking at around 22%.

VN8’s sales growth of 9% (in comparison to the same period last year) generated sales revenue exceeding $4.27 million and a statutory loss of $1.63 million. This figure excludes $313,000 from the company’s latest R&D tax rebate, which was received on the 9th of February 2019.

The company recorded an underlying EBITDA loss of $518,792 (excluding the Oper8tor development).

A breakdown of the statutory and underlying results is below:

VN8 remains on track to acquire 100 channel partners by the end of the 2019 financial year, having added 45 to date.

In addition, it remains well positioned to capitalise on the continued roll out of the NBN. There are currently 4.1 million premises that are ready for connection, with NBN Co. reporting that the NBN is on track for 100% rollout to 11.6 million properties by 2020.

VN8 is well placed to capitalise on this news. Thanks to the NBN, the Australian telco industry is expected to grow from $44 billion to $47 billion between now and 2020.

Vonex to acquire Nextel boosting ARR by circa $1M

Vonex outlines impressive growth opportunities off the back of acquisition success