Vonex prepares for another big year in 2020 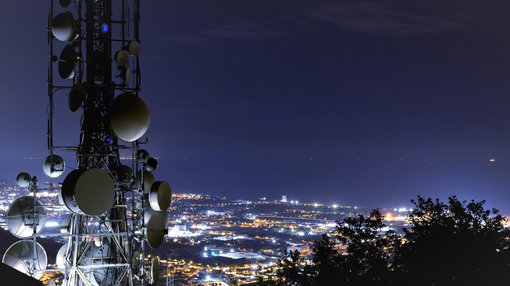 In releasing its annual results for the 12 months to June 30, 2019, telecommunications innovator Vonex Ltd (ASX:VN8) revisited some of its achievements in recent months and provided a promising update on initiatives that are currently in the pipeline.

With regard to important imminent developments, it is the launch of the much anticipated Oper8tor app that has grabbed the attention of investors.

Oper8tor is a disruptive aggregated communications platform which targets the inclusion of conference, voice, message and video functionality, facilitating user communication across a broad number of channels.

The mobile app aims to seamlessly link all voice calls as well as messaging across multiple platforms and devices.

Vonex plans to complete development and testing work in the December quarter, after which the company will commence executing its planned marketing and commercialisation strategy for Oper8tor.

Within its established businesses, the growth in the company’s Private Branch Exchange (PBX) users has been outstanding.

This followed May 2019 being the largest month for new customer sales in the company’s history.

Management has driven strong consistent growth through a targeted marketing campaign and rising activity from its Channel Partners.

The growth rates of the group’s key metrics are moving in the right direction.

Vonex’s active user base has grown by 25% in the past 12 months and the company delivered 38% year-on-year growth in new customer sales value in the final quarter of fiscal 2019.

This came on the back of 20% year-on-year growth achieved in the March 2019 quarter, indicating that the company is building momentum.

This program was officially launched to the group’s Channel Partners and to the wider community in mid-August, and it will no doubt provide significant growth momentum in fiscal 2020.

This should be complemented by the addition of a new revenue stream following the launch of Oper8tor.

Vonex should continue to benefit from the National Broadband Network (NBN) rollout.

The latest updates from NBN Co report that the NBN construction phase is advancing well and remains on track for 100% of the initial build to 11.6 million premises before 2021.

This means for end customers, initial migrations to the NBN will continue to occur between now and 2022.

As illustrated below, this guidance should prove positive for Vonex over a longer duration than previously expected, in light of NBN Co downgrading its activation targets and now expecting only 70% of the Australian population to have made the switch from the old copper network by the end of fiscal 2021. 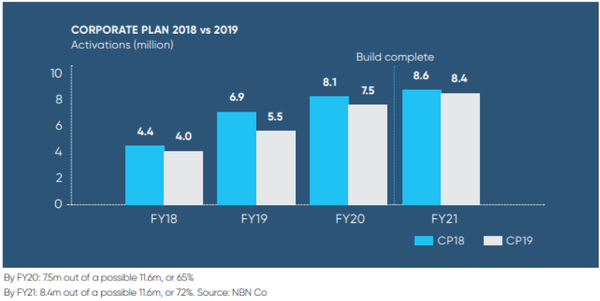 Vonex to acquire Nextel boosting ARR by circa $1M

Vonex outlines impressive growth opportunities off the back of acquisition success