The launch represents the first initiative under VN8’s joint marketing and distribution agreement with CounterPath, devised in August 2018.

The Vonex Phone app provides access to the full suite of features available on the hosted private branch exchange (PBX) platform including:

- Making and receiving calls from a landline number

- Sending instant messages to other users

“The Vonex Phone app is a great addition to Vonex’s PBX offering. For the first time, it enables true mobility of the landline number, and demonstrates one of the many upgrades that allow for a move away from traditional telephone networks to a cloud-based phone system,” Vonex Managing Director Matt Fahey said regarding today’s launch.

“We are pleased that rapid progress following our joint initiative agreement with Counterpath has empowered Vonex to fast track release of this new product across four different operating systems. Vonex Phone is backed by our real time support, with average wait times of just 30 seconds to the support team. We expect this to be a popular, easy-to-use product which will generate additional revenue from existing users as an extra subscription, and from new customers who require desktop and mobile solutions for their phone system.”

The license key held by VN8’s users, giving them access to the Vonex Phone app, will allow two separate devices to use the app simultaneously. Further, Vonex Phone is available for rapid, simple activation through VN8’s proprietary Sign on Glass provisioning platform. 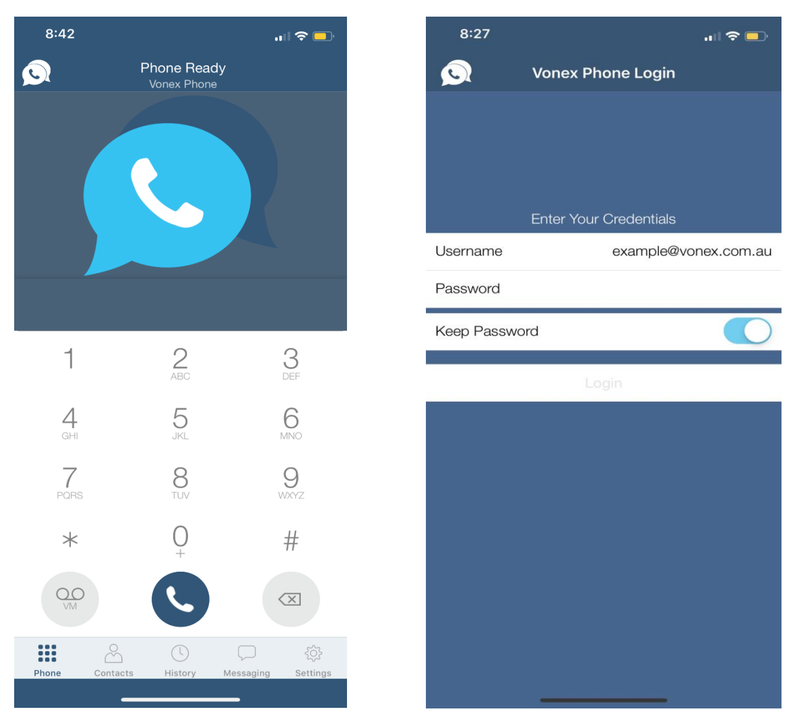 VN8 are also offering a range of subscription plans via its retail division, where users can pay for phone calls on a per minute or per call basis, or via a recurring monthly subscription which includes unlimited calls.

When sold through Vonex’s Wholesale (white label) division, the product should generate more wholesale PBX registration fees for each device that is registered to the platform.

Given that the new app is an ‘enterprise grade solution’, it will be an option for enterprise and government clients, where high scalability, mobility and unified communication systems are all key drivers of adoption. This could potentially open up new sales opportunities for the small cap.

Earlier this month, VN8 provided a promising update on its revamped Channel Partner program, which is designed to facilitate continued growth through the ongoing rollout of the National Broadband Network (NBN).