Volta announced its intention to enter the eSports industry via the acquisition of ESM earlier this month. The acquisition gives the company access to eSports Hero (ESH), a skilled gaming tournament platform with broad reach into the lucrative Asia Pacific eSports market.

The company made the move into eSports to improve conditions for VTM shareholders.

It followed a long and thorough due diligence of the broader industry by Volta Mining Managing Director Mr David Sumich who concluded that the eSports industry was one with fast rising potential.

My Sumich was partly attracted by the numbers.

The prize pool for last year’s Defence of the Ancients (DOTA) 2, one of the world’s largest eSports platforms was $US15 million.

To put that into perspective, the prizemoney for winning the Superbowl is $US8.5 million, and UEFA’s Europa League $US9 million.

The Asia Pacific region is the largest supported in the world with 91.5 million eSports fans.

ESM has a ‘Go to Market’ action plan in place and is actively preparing for the launch of ESH.

The launch will be conducted under the direction of ESM Managing Director Mr Gernot Abl who has been appointed to the Board of Directors of ESH, and will play a key role in ensuring the seamless integration of strategies between ESM and ESH.

ESM anticipates upon completion of Volta’s acquisition of ESM and ASX relisting to launch in the APAC region, to be supported by a management team with significant experience in the eSports Industry throughout APAC.

The ASX re-listing is currently set for 31 May and is subject to change.

The development initiatives currently being undertaken by ESH & ESM include:

These initiatives are expected to complement the business model which has multiple revenue streams including a fixed service fee for one-on-one and team-versus-team competitions, 10% of entrance fee for bracketed tournament, banner advertising, purchases from the site store, the ability to leverage with in store retailers, big data/analytics and, live event management and sponsorship opportunities.

ESM has engaged a team of skilled professionals with significant operational and marketing experience in the eSports industry and throughout APAC.

Volta will update the market shortly with the progress of the acquisition and the ESM business. 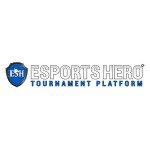