Thred charges Whitaker with role of forging ties with Microsoft 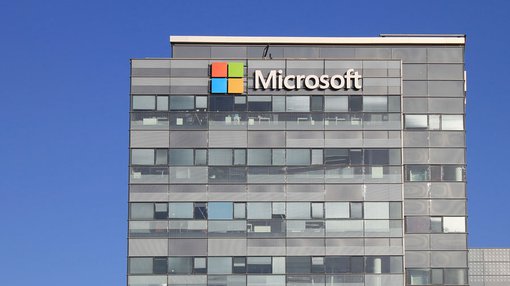 Unified Social Messaging and Social E-commerce Platform operator, Thred (ASX: THD), announced on Tuesday morning that it had made changes to its Board of Directors and management team in order to amplify its focus on delivering product quickly, including the fast tracking of its global rollout and commercialisation opportunities.

In terms of commercial opportunities, THD more specifically referred to the potential for product development and partnerships following recent progress the company has made with Microsoft.

In particular, management referred to the development of its next-generation social media application across the Microsoft Office 365 suite of products, as part of the company’s BizSpark Plus partnership.

It is still early days in this partnership and there is no guarantee that it will improve revenues for THD, so if considering this stock for your portfolio seek professional financial advice.

The group sees this as an important move in terms of becoming the messaging and collaboration tool across the Microsoft Office 365 suite of products.

From a technological perspective, the integrated service will enable existing and future users to enjoy THD functionality and communicate from within all Word, Excel and PowerPoint documents, including the ability to have real-time chat sessions within Microsoft’s flagship email product, Outlook and integration with search engine, Bing, is expected to follow. 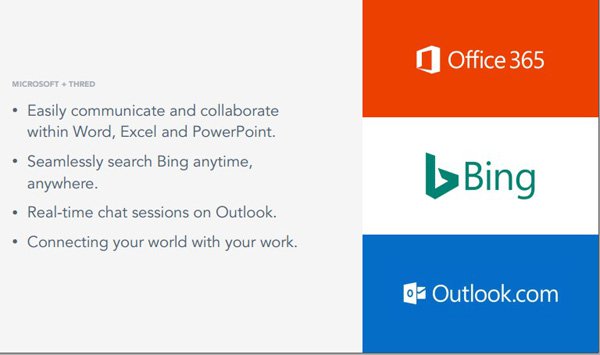 Given this backdrop, THD has taken the decision to inject founder and chief executive, David Whitaker into the roles of chief information officer and commercial director, enabling him to focus exclusively on product development, commercial partnerships and platform rollout.

Executive Director, Chris Adams will take on the role of interim Chief Executive immediately. His background includes experience in the areas of media, digital, strategy and commercialisation, including past roles with Facebook, Amazon and Manalto, Inc (MTL. AX).

Adams has also had experience with start-ups and corporate consulting, including National Storage and Sensis, strengths that should be important for THD in its early stages as a listed entity.

Whitaker’s experience will also be invaluable in terms of progressing the recently launched Thred App in Minimum Viable Product (MVP) form. Importantly, this was the group’s first milestone which was achieved in accordance with management’s timeline.

The MVP is the launch version of the software that allows the Thred team to collect the maximum amount of validated learning from its invited users with the minimum amount of effort and is the most common form of initial software launch engage within the industry.

It was only recently at Microsoft’s Channel Kick off Partner Conference that in his role as THD’s Chief Executive, David Whitaker said, “After our successful keynote delivery at the conference the time is right to now release the Thred MVP so that we can continue moving towards our Beta and global releases”.