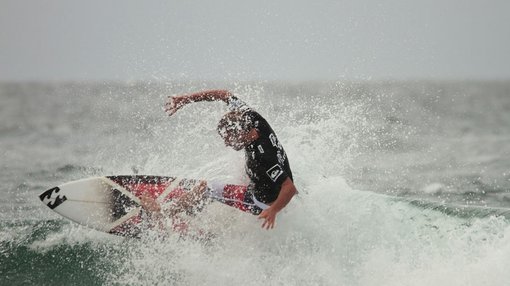 Surfing legend Taj Burrow has signed on as an ambassador with Shark Mitigation Systems (ASX:SM8) to help promote awareness of the company’s shark detection and deterrent technologies.

After 19-years in the sport, the 37-year-old Burrow announced his retirement from surfing last month.

A perennial world title contender since his first year on tour in 1998, Burrow notched up 12 world tour wins, including the prestigious Pipeline Masters.

He is also famed for his autobiographical, free-surfing movies, Montaj and Sabotaj.

Burrow has given a lot back to the sport with events like Taj Small Fries, a junior surfing event at Burrow’s home beach of Yallingup and through his alliance with Shark Mitigation Systems, he will continue a crucial support role in the sport.

Taj will work with Shark Mitigation Systems bringing his passion for the ocean and technology together to protect water users.

“I am extremely excited to get involved with a company that is committed to keeping surfers and swimmers safe,” Burrows said.

“My interest has been fuelled by Shark Mitigation Systems’ scientific and ethical approach to developing technologies that improve methods to mitigate the chance of a shark attack.

“The company’s technologies use modern science to help protect marine life, while at the same time make the ocean safer for surfers and other beach users, and that’s got to be great news for all water users.”

The technologies Burrow is referring to are scientifically defined patterns that can be applied to wetsuits and surf craft that disrupt sharks’ visual perception and reduce the risk of attack and the near shore shark detection system, Clever Buoy.

Clever Buoy utilises sonar technology and software to detect shark like movement around nearby beach goers.

Shark Mitigation Systems co-founder Craig Anderson said he was delighted to have Burrow on board as an ambassador.

“As a surfing legend, Taj knows better than anyone the risks of competing in and appreciating the ocean, and the importance of sharing the ocean with its natural inhabitants.

“Shark Mitigation Systems is focused on the creation of innovative solutions to reduce shark attach incidents by using state of the art technology. Millions of people globally enjoy the beach and the ocean every year, and our aim is to keep them safer through the use of clever technology.”

Burrow’s final event before he hangs up the board to concentrate on family and ambassadorial duties will be the 2016 Fiji Pro.