Strong December half for Netlinkz paves way for robust 2020 result

NetLinkz Limited (ASX:NET) has released its half yearly report for the six months to 31 December, 2019, a period that has featured a number of significant developments for the group.

NetLinkz provides secure and efficient cloud solutions and is the world’s only fully meshed peer-to-peer network provider, as well as being the creator of the Virtual Invisible Network (VIN), a globally patented, award winning network technology that allows organisations to quickly connect sites, devices and staff over the internet through a unique network solution that is generally invisible.

Key developments during the period were the transformational acquisition of Security Software International Pacific (SSI) and the establishment of Beijing iLinkAll Science and Technology Co. Ltd (iLinkAll), positively positioning NetLinkz to focus on sales and revenue generation across the markets in which it operates.

Funding has been secured to provide capital for the successful implementation of sales channels across Australia and China as the company continues to establish new opportunities for growth and innovation.

The completion of the SSI acquisition in early January 2020, provides a high-quality sales channel for the distribution of the company’s products to SSI’s existing base of telecommunications, enterprise and Government customers in the Asia-pacific region.

The founders of SSI have joined the NetLinkz advisory board and will continue to manage day-to-day operations at SSI, which has continued to win new business following the completion of the acquisition.

The company’s majority (80%) shareholding in iLinkAll provides the required capital to build out distribution channels and generate sales of the VSN throughout China.

NetLinkz will continue to fund the IoT Lab as the localisation of the technology and expertise is critical to the success of the product in China.

It was announced in late February 2020 that iLinkAll had been contracted to participate in a significant water supply and treatment infrastructure project in the Sichuan province of China.

This milestone was the result of management’s focus and dedication to having a locally developed and focused product and iLinkAll’s financial strength from NetLinkz funding.

Just last week the group signed another agreement to provide its Virtual Secure Network (VSN) lite software to Pinnacle, a provider of services to the finance sector.

This will generate approximately $250,000 per month, given currency fluctuations.

iLinkAll launched Version 1.0 of the Virtual Secure Network (VSN) on 12 December 2019 at the China Ministry of Industry and Technology “Cloud 500” Cloud Computing Ecosystem Summit, with commercial sales of the VSN commencing in January 2020. 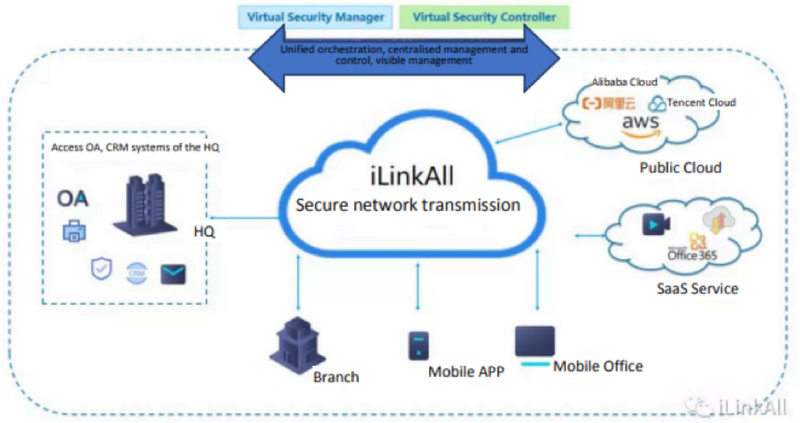 As a result of these developments, NetLinkz revised its previously announced expected revenue for January 1, 2022 December 31, 2020 up from $10.1 million to $15.3 million.

The company also established a subsidiary in Tokyo (NetLinkz Japan KK) during the December half to operate and coordinate the Tokyo IoT lab and secure sales-channel partners in the highly attractive Japanese market.

Masamichi (Mas) Tanaka was appointed to the NetLinkz Advisory Board to spearhead the company’s push into the Japanese market at a crucial time when the Tokyo Olympics is looming large.

Tanaka previously worked for Sony and continues to consult to NEC on the Tokyo Olympics 2020 preparation.