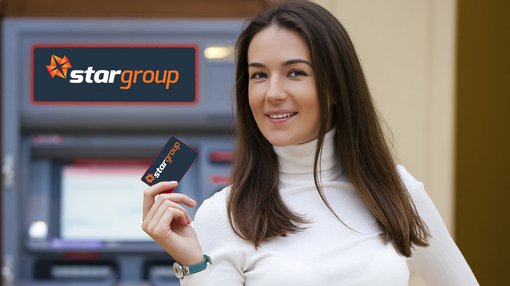 Stargroup (ASX:STL), the established ATM operator based in Australia has announced a strong 209% improvement in operation results, with revenue from ordinary activities rising by 653% in the second half of 2015, compared with the same period in 2014.

In its half-year results report, STL says that its portfolio of 230 ATMs represents a 767% increase year-on-year, heavily influenced by the acquisition of Cash+ last year which saw over 100 ATM’s added to STL’s network.

STL remains well positioned to grow its ATM network and expand other business areas with a view of reaching cash flow positivity later this year.

Back in September 2015 STL merged with iCash Payment Systems to create a combined ATM and EFTPOS company, competing with globally prominent names such as DCI Payments, based in Canada.

STL’s business model centres on its network of 230 ATMs dotted around Australia where the company collects fees from each transaction. However, STL wants to extend its reach and influence in the small payments niche by offering EFTPOS services to retailers. The frequency of EFTPOS transactions to pay for small ticket items, including new features such as PayWave, are growing strongly in Australia on the back of a gradual move into a cashless society that relies less on physical notes and coins.

STL hopes its EPTPOS unit will add another source of revenue for the company once fully rolled out and implemented.

A key advantage STL has over many of its competitors is that it is the only listed ATM company which has a direct stake in the manufacturer of its ATM machines, namely NeoICP in South Korea. NeoICP has been performing strongly in its backyard, recently announcing a A$1.9 million profit for H2 2015, a 10.5% increase on the previous period.

STL says its stake in NeoICP helps to reduce cost of manufacturing machines by about 30%, saving $1.1 million in capital expenditure each year.

It has also sought to diversify into other areas such as ‘cash recycler’ ATMs and PayWave Technology, which could potentially revolutionise how people use banking services and conduct payments. Cash recycler ATM’s allow users to withdraw and deposit money from fully automated ATMs, and are expected to be a big hit in rural communities currently lacking access to banking services.