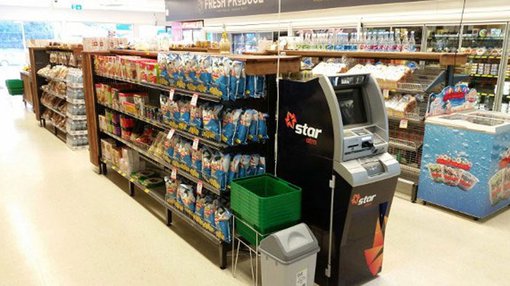 Stargroup’s (ASX:STL) South Korean NeoICP investment has yielded strong results as illustrated in its half yearly reporting to December.

2015 was a big year for Stargroup as it consolidated its business model and struck deals to increase its customer base.

In November last year, Stargroup had signed a technology development agreement with Anthem Software and Claim Co Group in deals designed to potentially add 50,000 customers into the book and simplify payments for a key market sector.

A month earlier the company agreed to acquire a 109 Automatic Teller Machine (ATM) network from Cash Plus Australia – a network that has been in operation for eight years.

STL is the only ASX listed company deploying ATM machines in Australia and the only listed ATM company with direct ownership in the manufacture of its ATM machines, namely NeoICP.

Stargroup CEO Todd Zani said of the results, “Stargroup is pleased with the continued improvement in then NeoICP results. The half year results have outperformed the prior full year results and clearly our investment is currently undervalued in our books and we will be making an upward revaluation statement.”

Mr Zani believes NeoICP is making significant inroads into the distribution of its products throughout the Asia Pacific region. This includes the recent distribution of its casino settlement machines, cash redemption terminals and back office technologies in Macau.

“The reciprocal shareholdings between Stargroup and NeoICP sets us apart in the ATM marketplace. Our joint ownership of each other means that we have an edge over our competitors and we consider than an ongoing dividend stream from our investment in NeoICP is the icing on the cake.”