The management of Stargroup (ASX: STL) announced on Monday that the company had achieved its twelfth consecutive quarter of record revenue growth, a feat that it had flagged some weeks back, but impressively, was notched up with income from the month of December still to be accounted for.

The company is expecting December quarter revenue to be approximately 30% ahead of previous projections as a result of strong organic growth.

However, investors should note that earnings projections and historical trading performances may not be replicated and these should not be used as the basis for an investment decision alone. If considering an investment in STL it is important to seek independent financial advice.

Chief executive, Todd Zani, said, “Our group revenues in the last two months have already surpassed our prior quarterly revenues and this is obviously going to be another record quarter for the company, leaving us well on track for a thirteenth record quarter in the three months to March based on current contracted revenues in place”.

As the only ASX listed company deploying ATM machines in Australia, STL has a strong position in a niche market. This is strengthened by the fact that it has a direct ownership interest in the manufacturer of its ATM technologies, namely NeolCP, a South Korean private company.

STL is the Australian exclusive distributor of the cashPod ATM range, including the Recycler ATM, back-office and payment technology for the next five years.

The strength of the business model and its robust market position have been instrumental in driving the substantial revenue growth outlined below. 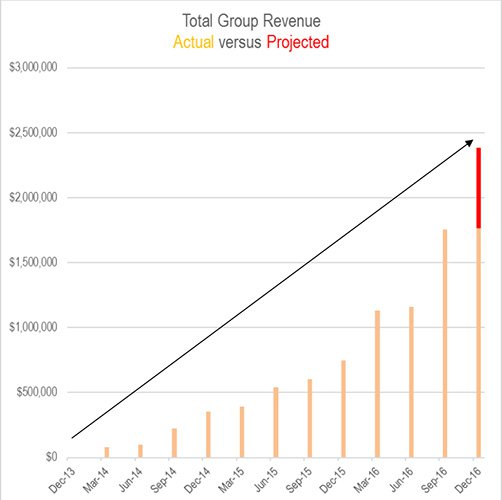 The latter part of Zani’s statement where he refers to contracted revenue is important as it highlights the earnings predictability and visibility offered by the business model.

Management reaffirmed that the company is on track to meet prior revenue and EBITDA guidance for fiscal 2016. Importantly, this is expected to be exceeded substantially in 2017-18 as demonstrated below. 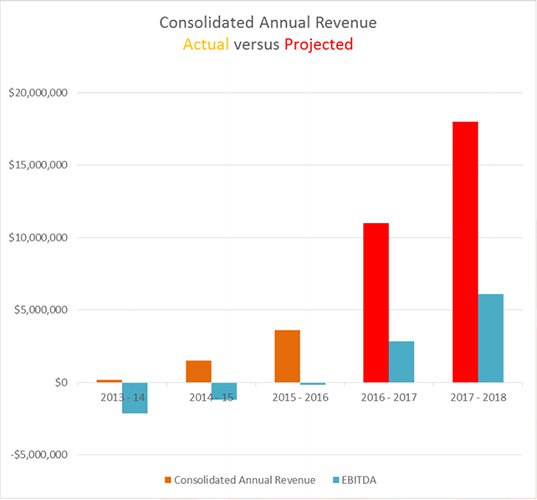 Stargroup soon to be judged on fiscal 2018 prospects

This is significant given that the rollover of the calendar year normally is the point where analysts start to assess stocks on their 2017-18 prospects.