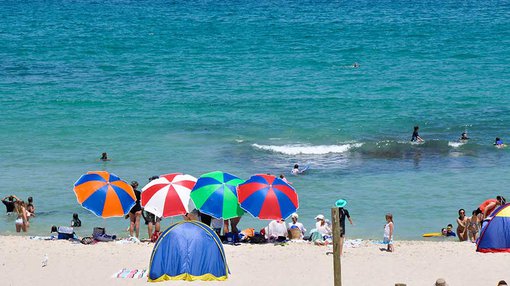 Australian marine technology company, Shark Mitigation Systems (ASX:SM8), announced on Monday morning that the company had reached an agreement with the Western Australian government regarding the installation of the group’s Clever Buoy shark detection system at City Beach in Perth this summer.

The shark detection system will be installed between the groynes at City Beach, and will operate for a trial period up to March 31, 2017. SM8 highlighted that the decision to install the system had the potential to assist from a number of perspectives.

Firstly, it will provide the state agencies with an opportunity to assess the system’s effectiveness in local conditions, while judging its suitability for use at other sites along the Western Australian coastline. There is also the issue of integrating the new technology with other existing operations, and this will be an additional focus.

Managing Director of SM8, Craig Anderson, was upbeat about the potential ramifications of this development, saying, “Western Australia is leading the world in shark management initiatives, and we are confident Clever Buoy will integrate well with the State Government’s current shark management strategy as it will provide authorities with another layer of protection for beach users”.

This partnership is in its early stages and investors considering this stock for their portfolio, should seek professional financial advice.

Technology is non-invasive and causes no harm to sharks

Looking specifically at the technology, Clever Buoy is a non-invasive, early warning shark detection system which identifies shark activity and communicates this information to the appropriate authorities.

A pre-commercial trial was successfully conducted at Bondi Beach earlier this year which resulted in the system being formally endorsed by the Australian Professional Ocean Lifeguard Association (APOLA) as “the only commercially available detection system capable of deployment in high surf zones to provide real-time information for lifeguards”.

It is worth noting though that SM8 has a number of strings to its bow having developed a visual deterrent technology which is also non-invasive, causing no harm to sharks.

While it is relatively early days for SM8 given that it only listed on the ASX in May 2016, management has an eye to the future with the intention of developing and commercialising these technologies while working on others that are in the pipeline.