SkyFii Ltd (ASX:SKF) has signed a master services agreement with The GPT Group to expand its wireless network and analytics services through GPT’s network.

GPT has a portfolio of retail assets, with a portfolio of more than $9BN, and owns 16 retails shopping centres in Australia, as well as office and logistical properties.

The agreement means SKF will be able to tap into this network, providing Wi-Fi and analytics products to the properties with GPT’s portfolio.

The agreement follows two successful implementation of SKF services at GPT retail properties, including the MLC Centre in Sydney in February, and the Rouse Hill Town Centre in August last year.

Thanks to the new agreement, SKF will also roll-out its services at Melbourne Central and Casuarina Square in Darwin – two other GPT retail properties.

Casuarina Square in the Northern Territory has more than 190 retail outlets.

SFK CEO, Wayne Arthur, says, “The GPT Group was one of SkyFii’s earliest partners and we are extremely proud to enter into this master services agreement and be able to expand our relationship with the group.”

The agreement with GPT comes after SKF announced a successful round of capital raising in May, in which it raised A$2.8M.

These funds will be put towards helping SKF win more contracts both in Australia and overseas, as well as help the company to expand its sales, development and operations teams. 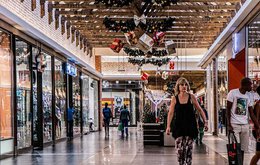 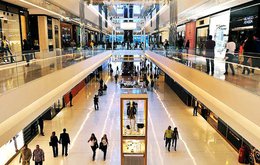 SkyFii eyes up new markets on back of revenue growth