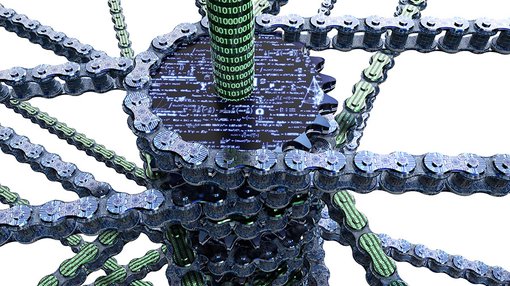 RFN has secured the maximum investment level of US$2.3 million, which consists of US$1.5 million in Series A-3 preferred stock in Loyyal providing 9.38 per cent of the fully diluted ownership of Loyyal plus US$800,000 in Convertible Notes.

Upon conversion of the Notes, RFN will have a total equity holding of 14.71 per cent of Loyyal’s share capital on a fully diluted basis.

The investment will also secure exclusive performance based territorial licenced rights — this means RFN will be granted rights to Loyyal’s advanced blockchain based loyalty and rewards platform in Australia, New Zealand and the Asia Pacific region. The rights relate to a Binding Heads of Agreement between RFN and Loyyal, with further details to be set out in a Territorial Licence and Service Level Agreement.

The San Francisco-based Loyyal is a global leader in the niche market of blockchain benefits in relation to the loyalty and rewards industry, with contracts with Deloitte, Emirates Airlines as well as other fortune 500 companies.

The nuts and bolts of RFN’s investment

The completed execution of binding investment documentation finalised the investment details as followings. RFN has invested a total of US$2.3 million in Loyyal through the subscription of US$1,500,000 worth of Series A-3 Preferred Stock, thereby securing RFN 4,670,714 shares with an immediate equity interest of 9.38 per cent; and US$800,000 worth of 2 year convertible promissory notes in Loyyal, with conversion of the notes seeing a further equity interest of 5.33 per cent for a total holding of 14.71 per cent.

Not only does this result in a significant equity interest in Loyyal, it also secures for RFN some key territorial rights. RFN has entered into a binding heads of agreement with Loyyal with the following licence terms:

Provided RFN complies with the obligations are set out under the license, the company has an exclusive first right of refusal to negotiated with Loyyal for any licenses of its technology in countries and territories in the Asia Pacific region including Japan, Thailand, Singapore, Hong Kong, India, Indonesia, South Korea, Philippines, Taiwan and Vietnam.

Anthony Dunlop, RFN’s nominee representative on Loyyal’s board, said: “We are delighted to become a major shareholder and strategic regional partner with Loyyal. There are few blockchain investment opportunities with such strong Fortune 500 customer uptake across North America, Europe and the Middle East, let alone in our core product markets of loyalty and rewards so we identified our investment and relationship with Loyyal as a clear strategic fit right from the start.

“We look forward to a close working relationship with Loyyal and can now progress our activity focus and resources to delivering significant customer and revenue growth in Australia and our target markets in the Asia Pacific region where we can leverage our relationship networks.”

Greg Simon, Founder and CEO of Loyyal said: “Launched in 2016, Loyyal’s blockchain based loyalty network is the world’s first to market. Currently operating with clients in the Americas, Middle East, and Europe we are excited to continue our global expansion into the Asia-Pacific region with Reffind. Leveraging the depth of Reffind’s regional strength and exceptional management we expect to aggressively and rapidly expand across the region together.”

Loyyal is the first company to leverage the disruptive advantages of blockchain for the global loyalty and rewards industry, via its proprietary blockchain network platform.

Loyyal consider blockchain technology as the next major step in a list of historical evolutions affecting how consumers making transactions: