Raya Group formalises acquisition and moves into the Internet of Things 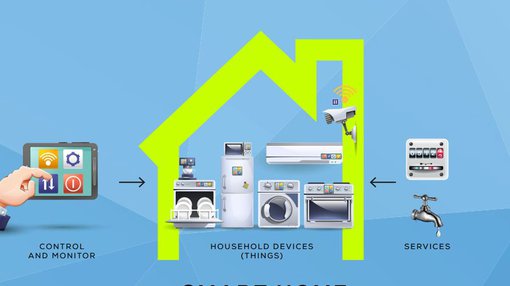 Raya Group (ASX:RYG) has exercised its right to acquire Internet of Things (IoT) player Xped after the two companies formally completed their due diligence under the terms of a Heads of Agreement executed on 26 October 2015.

Raya Group announced today that it will now proceed forward with the acquisition of 100% of the shares in Xped.

Raya Group is currently undergoing a capital raising of between $3 million and $10 million to be completed by 10 February 2016 in preparation to recommence trading on 23 February.

The acquisition gives Raya Group shareholders entry into the Internet of Things, in particular into the device control sector.

Xped founders John Schultz, Chris Wood and Phil Carrig have been working on their device control technology since 2008 and have already poured $6 million into development.

The technology allows anyone using their smartphone to connect and control all of their electronic devices found in our everyday environment.

With just a simple tap of your smartphone, Xped’s technology known as ADRC (Auto Discovery Remote Control) will enable you to control everything from your television, to your washing machine, dryer and dish washer.

Put simply using a single control unit such as a smartphone, users can connect and govern all electronic devices and appliances.

It also creates uniformity and compatibility among devices of different brands. It thus eliminates the need to use specific apps for specific smart appliances.

Athan Lekkas Executive Chairman of Raya Group said, “The Board of Raya are very excited to finalise an acquisition of Xped’s calibre.”

Lekkas went on to say that wide investor interest from the broader community had been overwhelming and the “confidence shown from our strategic investors and institutions further highlights the valuable asset we are acquiring.

“With a highly unique and lucrative patent portfolio, large scale early deployment opportunities and an experienced management team, we believe we have secured a valuable future for the Company and our Shareholders.”

Raya’s push into this market is a strategic move with mergers and acquisitions in this space occurring on an almost daily basis.

The Internet of Things is reportedly a $1 trillion industry with 50 billion devices to be connected online by 2020.

In 2008 John Schultz, Chris Wood and Phil Carrig were working together on an electronics project that needed a phone to work with a new type of dock. They weren’t satisfied with the limitations of the plug-and-play systems that existed.

What they conceived was a new to communicate with devices which opened up opportunities beyond their first need, including fixing the limitations and frustrations of remote control systems.

Xped’s tech simplifies how users control and monitor devices, using a smartphone and a single, simple to use and intuitive App that works for all devices.

They wanted to create an IoT platform that was inexpensive and simple to use.