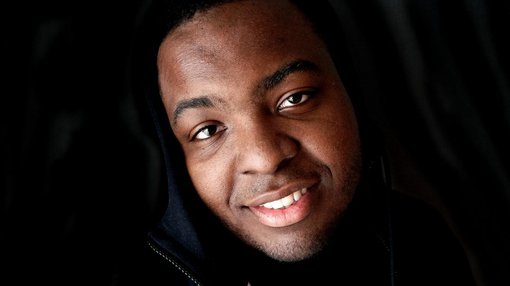 Just 24 hours after engage:BDR (ASX:EN1) provided an impressive quarterly update, highlighting 200% growth in daily revenues and flagging new client on-boardings to its IconicReach platforms, there has been another outstanding development that will generate substantial income for the group.

The company has signed a new six-figure IconicReach client in Jamaican-American singer and songwriter, Sean Kingston.

The group will market Kingston’s new music, including the new single “Peace of Mind” through giveaway contests and several additional campaigns on Instagram and TikTok.

Management views working with Kingston again as a significant opportunity, given he was initially founded on MySpace and became an international music icon at a very early age.

Kingston is returning to publishing his music after six years and engaging with larger audiences through IconicReach.

Throughout his career, Kingston has skillfully employed social media as part of the marketing campaign for his music, perhaps more so than other artists.

He strives to connect with his fans on a personal level, which has helped his music resonate among the younger audiences.

Since driving awareness to his new music is important to Kingston, he partnered with IconicReach to develop innovative ways to deliver his message to new generations of fans.

As part of the campaign, IconicReach will be promoting Kingston’s songs on social media using micro and macro influencers and content curated publishers.

Content curated pages are centred around specific topics, such as music, travel, or food.

These pages repost content from other platforms, thereby streamlining information from a variety of sources to a targeted audience.

The content that is curated on these pages usually includes popular search terms for a specific area of interest, thus attracting audiences most likely to engage with the content.

Content curation is focused on re-publishing material on a page where it will be viewed by individuals interested in relevant topics.

There are virtually no limits on the type of content that can be reposted by curators, including videos, photos, articles and more.

Since content curation does not rely on creating original content, it has a relatively low-cost, but large audience.

The Engage campaign will also utilise influencers to deliver viral content produced by Kingston during tour dates, which will be syndicated across thousands of Instagram pages.

By running contests and giveaways with key influencers and Sean Kingston himself, IconicReach will obtain significant individualised content, which will be republished on Instagram, Facebook and TikTok.

The ultimate goal of the campaign is to syndicate awareness of Kingston’s new music and social channels, audience growth, and present his music to new, but relevant audiences.

Contest to assist in promotion

As part of the initiative to promote his new single, Kingston has collaborated with IconicReach to launch a giveaway contest for all-expenses paid week-long trips to a resort in Jamaica for the performer’s fans.

The contest was announced through an Instagram video by Kingston following the song’s release.

As indicated below, several studies on social media engagement strategies indicate that accounts which hold contests tend to grow substantially faster than those that do not.

Collaborations with well-known celebrities like Sean Kingston help Engage in building valuable repertoire as a reliable source for bleeding-edge marketing expertise for the entertainment community.

This form of expertise refers to systems, devices and ideas that are so modern that they are still in development stage, one step ahead of leading-edge initiatives.

Having celebrity endorsement will grow the company’s exposure and serve to reach more clientele, including artists, new brands and advertisers.

Leveraging management’s MySpace background enables access to a wide spectrum of other potential entertainment clients which IconicReach will be looking to onboard in 2019.

Unique opportunities such as this one, aid in driving revenue growth and profitability as recently demonstrated.