Q&A with Jonathan Hunter from Department 13


In response to the breathtaking advance of unmanned aerial vehicles (UAVs) — otherwise known as ‘drones’ — Department 13 has developed a turnkey solution to the unsurprising issue of security that has arisen alongside greater drone proliferation.

Can drones be made safe for use amongst the public, and more importantly, can drone security become a sustainable business niche?

Finfeed spoke to D13’s Managing Director, Jonathan Hunter, to give our readers the scoop on the rapidly growing drone market, and a possible business opportunity within drone mitigation.

D13 is in the early stages of its growth and investors should take a cautious approach and seek professional financial advice before considering this stock for their portfolio. 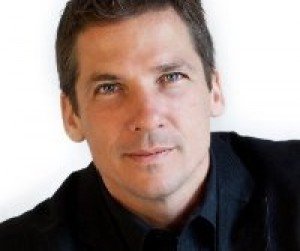 Mr. Hunter holds a Degree in Criminal Justice with a graduate MBA in Technology Management. Mr. Hunter was a former advisor to the National Academy of Science on defence technology applications and has over 25 years’ experience in leadership positions within the US Military and Government Advisory Committees.

Finfeed: Welcome to Finfeed Jonathan and thank you for joining us today.

Jonathan Hunter (JH): Thanks for having me.

Finfeed: Drones have literally come out of nowhere over the past 10 years and are now in the crosshairs of children as Christmas presents — what are your views on this trend and how does D13 fit in?

JH: Drones are a natural progression of technology evolving at an exponential rate. It is not a surprise to see drones being seen as a consumer product; they are fun to play around with and can be an excellent tool for professional pastimes. The key is to not forget security and ensuring drones are safe with respect to their users, government laws and broader society.

Finfeed: What’s the size of the drone market, and which aspect is D13 most focused on?

JH: According to the latest figures from Goldman Sachs, the total commercial size of the global UAV market is somewhere around US$100 billion per year and expected to grow at a triple-digit CAGR over the next five years.

That’s huge considering drones are such novel devices. However, the more exciting statistic is that only 10% of the entire drone industry is focused on drone defence/security. Around 90% of drone companies are focusing on drone design, manufacturing and proliferation — not security.

Clearly, many different people are looking to drones to improve their lives, businesses, or just their kids’ hobbies, as you mentioned; but the reality is that once drones become part of the fabric of modern society, it may fuel an even larger market aimed at maintaining privacy against drones.

For us [D13], we see a great opportunity to be the first drone security company that offers an elegant solution to the problem of drone defence. If D13’s MESMER System is running, its user is able to take positive control of any UAV in his/her aerospace through our patented non-invasive technology.

Finfeed: What are some of the highlights of MESMER?

JH: The core advantage of MESMER is that it does not use any kinetic method (shooting drones down) or some form of jamming — both of which create a truckload of regulatory, privacy and safety concerns. If you are trying to shoot drones out of the sky, that is a huge challenge that will ultimately become insurmountable. If you try to jam radio signals, there’s a good chance other devices will be jammed including authorised drones.

What is needed is a clean and efficient solution that avoids these problems — and we think we have found the perfect method of doing that in the form of MESMER. 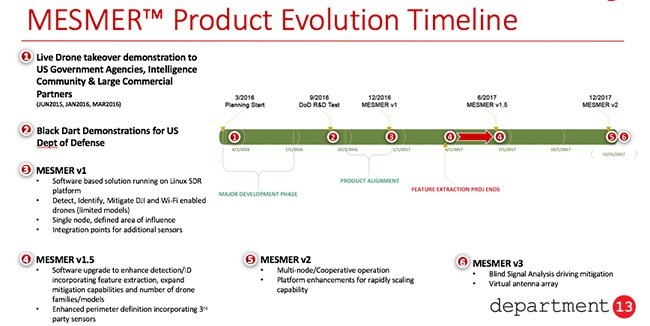 Finfeed: Could you go into more detail as to how MESMER works/will work in practise?

JH: Yeah sure. MESMER is a robust system that detects, identifies and takes control of unauthorised drones. One of its greatest strengths is that it is readily applicable to all existing drone technologies which means it can secure millions of devices/locations within a short period of time.

The crucial element that provides us with strong commercial viability, is that MESMER is all about ‘protocol manipulation’ which means communicating directly with the drone via Wi-Fi and engaging its on-board computer in real-time.

We are currently finalising a fully working prototype to be made public in mid-December 2016. I’m confident that our technology will blow some people’s socks off when they see it.

Finfeed: What kind of commercial interest have you received for MESMER so far?

JH: We have been inundated with questions and requests for demonstrations. For the time being, we have a number of demonstrations booked within the coming months and have received firm interest from both commercial and government sectors. I am very confident we will begin to see sales revenues by the end of this year.

In terms of what we’ve currently got, we have recently done a deal with the Phoenix Group as our distributors in Latin America.

Also, this month D13 will be competing in the MITRE CUAS Challenge at Marine Corps Base Quantico and in September at Black Dart, the Department of Defence’s premier Counter UAS Test Range at Eglin AFB, Florida. 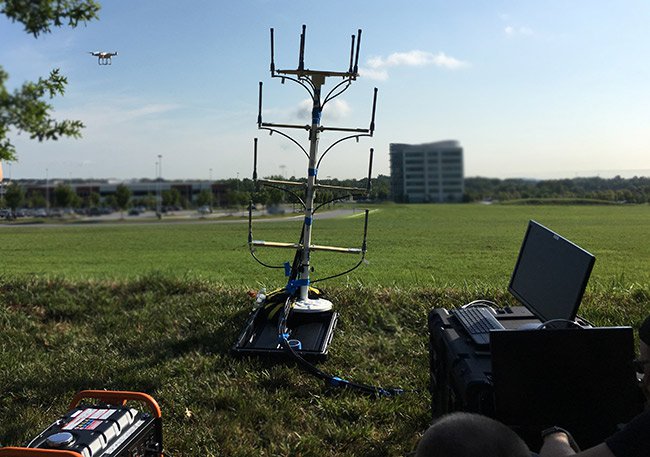 MESMER being field tested as part of Research & Development

Finfeed: Is MESMER a technology that once installed, can be left alone to do its job? Or must it be constantly tweaked to ensure consistent protection?

Our philosophy is to design the most capable drone defence system we know how, and then incrementally improve upon it via further development tweaks.

Consistent with our commitment to make MESMER the most advanced all-inclusive customisable counter drone platform, we will continually be adding important functionality. These features include passive video-taping and full flight control of specific drones allowing the end user to actually fly the drone. 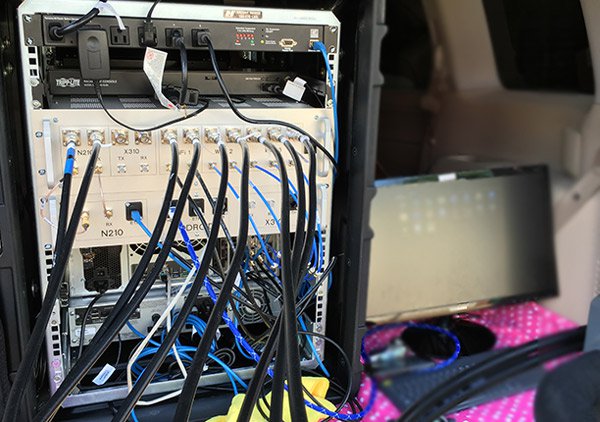 Behind the scenes sneak-peak in to MESMER — final prototype expected mid-December 2016.

Finfeed: Thank you for your time today Jonathan and for answering our questions.

JH: It has been a pleasure, thank you.