NewZulu (ASX:NWZ) has continued its structural renewal – further cementing its focus on the North American market.

It has appointed David Klinghoffer as its senior VP of global sales, to be based out of New York.

He has 20 years of experience in sales, having previously been the chief revenue officer at data analytics SaaS play Meelo Logic, and was also a key player at Buddy Media, which was sold off to Salesforce.com for $700 million in 2012.

He also has key sales experience at the likes of ESPN-ABC Sports, Viacom, and NBC Universal backing up his media sales credentials.

“David is a proven leader who will scale the sales team and aggressively build out our sales pipeline, initially focusing on North America,” new NWZ CEO Marc Milgrom said in a statement.

It has also emerged that the crowdsourcing company has appointed Tom Lieu as its chief financial officer – with Lieu previously focusing on the technology industry. 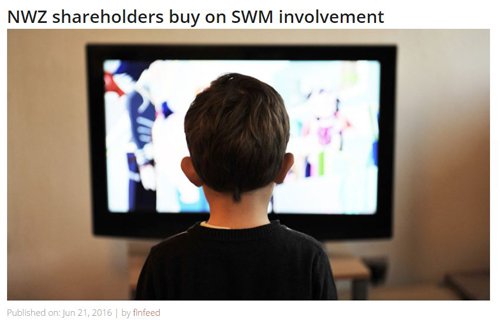 Most recently he served as the chief financial officer of software company Route 1 and was also the financial controller of engineering.com for roughly six years.

Milgrom said Lieu brought a focus on cost control to the company, something which is a key aim of the revamped NWZ.

It has told its shareholders that it has conducted a restructure of company operations in France, the UK, and Australia in an effort to slash costs.

It said the effects of the restructure would be felt from the first quarter of 2017 onwards.

Investors should note that success of the stock is not guaranteed – always seek the advice of a professional financial advisor and do your own research before deciding whether or not to invest.

It has recently focused on a restructure of operations after board renewal and a strategic investment in NWZ by media giant Seven West Media (ASX:SWM)

As part of the increasing focus on NWZ from SWM, SWM’s chief digital officer Clive Dickens joined the NWZ board at the end of June.

Newzulu itself is a news platform where publishers can connect with citizen journalists who are on the scene of unfolding news taking footage with their mobile phones.

In the past, citizen journalists had to connect with individual newsroom, and then wait for a response.

For publishers, they had to verify the content was real.

NWZ however takes a lot of the gruntwork out of the process and makes things easier for both publisher and citizen journalist.

Newzulu verifies the content to make sure it’s legitimate, and then pays the citizen journalist a fee for the content.

Then a Newzulu partner such as Agence France Presse or Getty Images then onsells the footage to news organisations which have paid for access to the Newzulu library.