Just 24 hours after MyFiziq Limited (ASX: MYQ) announced that it had made a transformational change to its on-device capabilities, the company has informed the market that it has completed a successful integration into the Apple HealthKit with all dimensional captures from MyFiziq’s technology.

Yesterday’s news drove the company’s shares up roughly 20% to 47.5 cents, a level it hasn’t traded at for more than two years.

These most recent developments could be the catalyst for further upside.

MyFiziq has developed and patented a proprietary body measurement dimensioning technology that enables its users to check, track and assess their dimensions using only a smartphone privately and accurately.

MyFiziq said today that it has successfully completed the integration and sharing of all data captured through its platform into the MyFiziq and CompleteScan application with the Apple HealthKit environment.

The group’s technology leverages the power of computer vision machine learning and patented algorithms to process images on secure, enterprise-level infrastructure, delivering an end-to-end experience that is unrivalled in the industry.

Apple Health is the central repository for all health and fitness data on iOS.

Since its launch in 2014, iOS users have been able to configure and prioritise their applications and accessories to send the data that matters to their lifestyle and fitness goals to the Apple Health app.

From this aggregated data, Apple is able to summarise health information related to activity, nutrition and various other health related metrics. 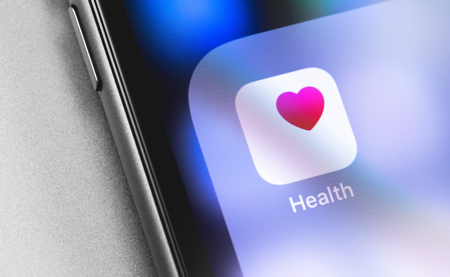 Where information is not available via an app or accessory such as the Apple Watch, users also have the ability to manually update their data.

Now, with its latest release, MyFiziq can enable its partners to augment their current shareable data beyond just activity, removing the need for users to manually track their body circumference and composition measurements.

MyFiziq has achieved this by including a means to share anthropometric and body composition measures including body fat percentage, lean body mass, and waist circumference directly from a partner's app into Apple Health.

With Apple Health's API allowing a user to grant both ‘read and write’ access to their data, partner applications will be provided the opportunity to aggregate and interpret insights that previously would have been unattainable.

The combination of activity, nutrition, body measurements and cardiovascular data will open up new opportunities for partners to correlate datasets with major health organisations.

Data comparison with the World Health Organisation, the International Diabetes Federation and other world renowned health organisations will assist in offering holistic health experiences that can be used to generate new health awareness opportunities whilst also helping with user-bases’ health.

For example, waist circumference could be combined with activity and nutrition data to show potential risks of type 2 diabetes, dyslipidaemia, hypertension or cardiovascular disease.

MyFiziq will be working with its partners as they leverage the possibilities of Apple's Health ecosystem, and management will now commence subsequent integrations with Google Fit and Samsung Health.

HealthKit provides a central repository for health and fitness data on iPhone and Apple Watch.

With the user's permission, apps communicate with the HealthKit store to access and share this data, as well as collecting and storing health and fitness data.

The platform allows the user to analyse and visualise the data, with the opportunity to also share it through social interactions.

The Health app gathers health data from your iPhone, Apple Watch, and iOS platform apps that users already have access to, allowing them to view progress in one convenient place.

As an all-encompassing platform, the Health app gathers information from the user’s iPhone, Apple Watch and third-party apps to quantify data about the user and their environment, displaying it in an easy-to-read, secure and accurate dashboard.

HealthKit is the developer framework behind it that allows apps to work with Apple Health and each other.

Consequently, this is an extremely material development for MyFiziq and its partners who will now be able to converge all of the data with the Apple HealthKit to draw on the central repository to provide better insight and engagement with their users.