MyFiziq enables users to get a grip on their health

MyFiziq Limited (ASX: MYQ) has updated shareholders on initiatives being entered into by the company and the Serfaty Clinic in Brazil.

The group has entered a Letter of Intent (LOI) with the Serfaty Clinic to commence testing and to adapt the MyFiziq application in readiness to enter the Brazilian market for the identification of the obese and overweight population in Brazil.

MyFiziq is a patented technology developed with a proprietary image capturing system within a consumer's smartphone, empowering the consumer to create a representation of their structure in the form of a 3D avatar with accurate circumference measurements.

Partners embed the company’s Software Development Kits (SDKs) into their new or existing applications and then customise the experience to meet their brand requirements.

MyFiziq has developed this capability by leveraging the power of computer vision, machine learning and patented algorithms, to process these images on secure, enterprise-level infrastructure, delivering an end-to-end experience that is unrivalled in the industry.

MyFiziq simplifies the collection of these measurements and removes the margin of human error present in traditional methods.

Dr Alberto Serfaty, a specialist in endocrinology and internal medicine was the first medical doctor in South America to work with ketogenic diets, bringing it to Brazil in the 1970s.

His Serfaty Clinic is the biggest clinic in Brazil for the treatment of obesity, diabetes and preventive health, working with ketogenic diets and reversing a wide range of chronic diseases.

MyFiziq is working with Dr Serfaty to deliver the MyFiziq technology, along with the new obesity calculator recently developed for his patients and potential users across Brazil.

The high prevalence of overweight and obese people among Brazil’s population of 209 million is a growing health concern, with 57.5 percent of men and 48.2 percent of women in Brazil overweight. 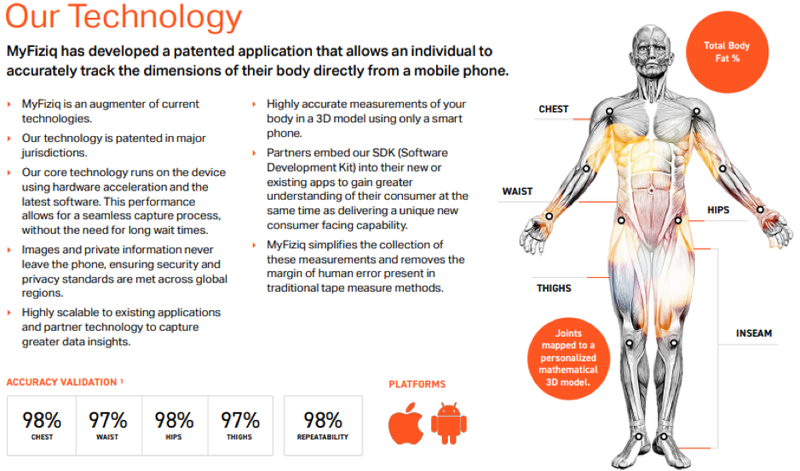 As stated by the Journal of Health Population and Nutritioni, obesity is a worldwide health and socio-political problem.

Excessive body weight currently affects over 50% of the Brazilian population with some 102 million overweight people at the time of the study.

Obesity is a risk factor for many chronic non-communicable diseases and poses a great challenge in Brazil.

More than 74% of all deaths in Brazil are attributed to chronic non-communicable diseases such as cardiovascular disease, cancers, chronic respiratory diseases and diabetes.

Under the LOI, the intention is to initially work with the Serfaty Clinic in testing and designing the best user experience in both English and Portuguese with patients to maximise the usage.

Once the parties have identified the best approach and design, the technology will be released with the Serfaty Clinic and then taken along with proven data to the people of Brazil.

MyFiziq and Dr Serfaty have agreed the commercial terms of the partnership which will form part of the formal agreements, which will be concluded in the next 90 days.

The LOI is binding and has no immediate economic impact on MyFiziq.

However, following product launch and anticipated user take up, the LOI (and formal agreements that will follow) should generate revenue and profit for MyFiziq.

Further data has emerged identifying people suffering from severe obesity are at high risk of severe complications with the COVID-19 pandemic by virtue of the increased risk of the chronic diseases that obesity drives.

The Center for Disease Control and Prevention (CDC) has listed people suffering from severe obesity are more prone to the disease due to accompanying conditions such as diabetes, respiratory illness and hypertension.

Early identification of those at risk

Having examined the list of chronic diseases and the mortality rate associated with obesity, management is of the view that there is a need to identify the at-risk population as a matter of urgency.

This will further allow people that are more at risk to assess themselves and understand the risks they are exposed to.

MyFiziq has gained the support of the corporate sector with many household names featured below. 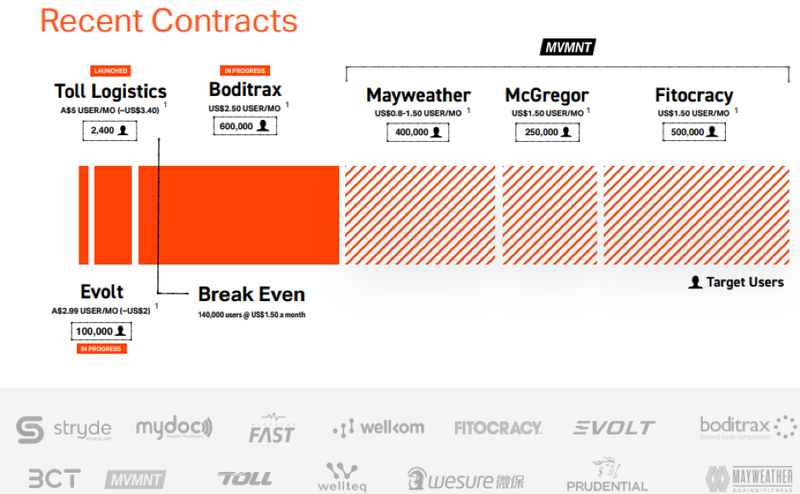 ‘’We have been dealing with the staggering rise of obesity in Brazil.

‘’This is a fantastic tool to not only identify the risk my patients are subjecting themselves too, but to also help them understand the trajectory they may be on whilst still relatively healthy.

‘’Obesity has a roll-on effect in relation to so many chronic diseases that are directly now being correlated to the mortality rate of COVID19.

‘’I want to bring this technology to Brazil and encourage our government to make it available to our population.’’