The addition of Jon Kraft and Jennifer Herman is expected to propel MSM’s Megastar Millionaire further in its mission to emulate the success of popular hit shows such as X-Factor and American Idol — transmitted and commercialised online rather than on traditional television.

The premise behind Megastar Millionaire is to allow people to easily showcase their creative talents to a global digital audience whilst offering significant advantages over traditional television platforms.

Contestants who want to monetise their creativity, have the chance to win a US$1 million winner’s prize as judged by an independent panel, as well as an opportunity to star in a film. MSM will launch its first season of Megastar Millionaire in the US, lasting 16 weeks including auditions and a judging round.

Co-founder of global music giant Pandora Media, Jon Kraft brings over 20 years of experience as an entrepreneur in software and consumer digital media. Mr. Kraft is a co-founder of early stage business accelerator LiftOff and Thrively, a consumer technology platform that helps children discover and pursue their passions.

He co-founded and was CEO of NYSE listed Pandora Media (originally called Savage Beast Technologies with a market capitalisation of US$2 billion) and one of the world’s largest and most successful music streaming services, with over 250 million registered users today. Mr Kraft is currently the CEO of MuMo, a new mobile social music sharing service.

Before that, he was Co-founder and Chief Operating Officer for Big Stage Entertainment, Inc., an advanced avatar platform company recognized by Forbes in 2009 as one of America’s 20 Most Promising Companies, and sold to Image Metrix (IMGX:OTC) in 2010.

Accompanying MSM’s announcement, Mr. Kraft said, “Megastar Millionaire has the potential to change digital media and entertainment as radically as Pandora did. YouTube has already proven to be a tremendous unstructured talent pool, and the popularity of more structured platforms like American Idol, X-Factor, and all of the talent competition shows we’ve seen over the past decade has been overwhelming”.

“Clearly, people love to see talent, people want to be discovered, and it’s a process that fans want to engage with. I have no doubt Megastar Millionaire is going to be extremely successful,” he added.

Her experience includes producing the early web efforts for MTV Networks at media conglomerate, Viacom and EA where she was part of the hugely successful EA SPORTS division.

Ms Herman has been a pioneer in mobile gaming as a founding team member of early mobile publisher Glu Mobile market capped at around US$380 million. Most recently, Ms Herman held a senior role at video game publisher Zynga where she helped define its mobile strategy and grow the business to become one of the leaders in mobile gaming.

At Zynga, Ms Herman oversaw the company’s strategic partnerships with Google and Apple including the launch of FarmVille on the iPhone on stage at Apple’s WWDC event.

FarmVille launched on Facebook in 2009 and became one of the most popular and profitable games on the site.

At its peak it had over 80 million monthly users, had generated well over $1 billion in revenue by 2013 and remains one of the most profitable games ever created.

She is currently President of Lucky 29 Media, which provides advisory and consultancy services to digital entertainment start-ups. 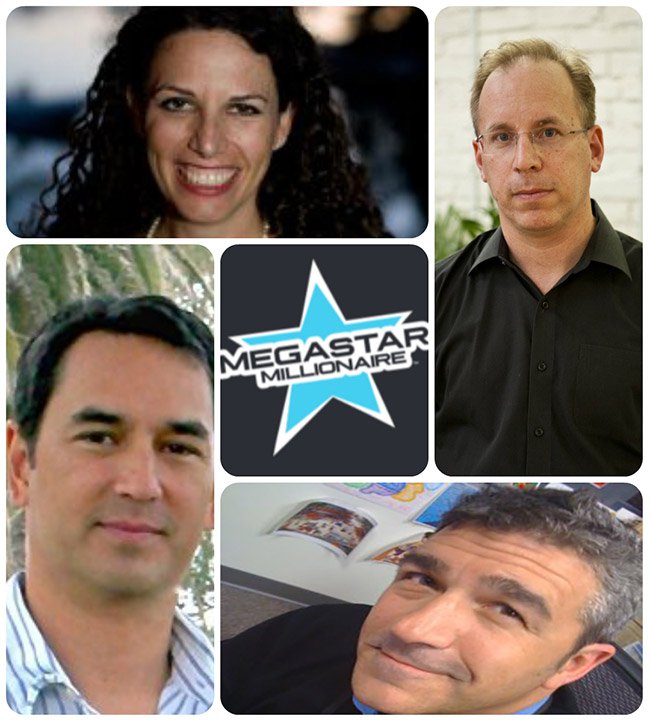 Recruiting ‘game-changers’ has been somewhat of a company policy at MSM with today’s announcement adding to earlier appointments of Josh Heenan as Executive Producer and Eric Cook as Director of Engineering.

Meanwhile, helping MSM’s cause is John Baldecchi, a recent addition to MSM’s Advisory Board, and a seasoned Hollywood producer having worked on cult-classic titles such as The Mexican, Conan the Barbarian, 88 minutes and the remake of Point Break, released in 2015.

On the investor side, Megastar Millionaire has attracted the support of US tech investor Doug Barry. Mr. Barry was a founding investor in music streaming service Pandora and an advisor to TiVo.

“MSM is delighted to welcome such high profile and experienced Advisory Board members to the Company. Both Mr Kraft and Ms Herman are leaders in their respective fields and we are confident that, with their expertise and guidance, our Megastar Millionaire platform will be a global commercial success. Attracting advisors of this high calibre is a strong validation of our Company’s compelling product offering and exciting potential,” said MSM Managing Director Dion Sullivan.