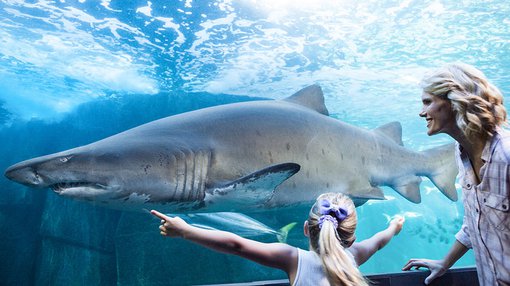 As the amount of shark-attacks continues to rise to record levels, the fear of sharks is increasing exponentially.

In Australia alone, several coastal towns have seen visitor numbers plummet and economically vibrant coastal communities such as Balina in NSW, have felt the brunt of shark-fearing water sports enthusiasts and holidaymakers.

Coastal communities and beachgoers in general, are calling for a genuine solution to the problem of shark attacks, and one technology in particular, has attracted attention from all corners for its revolutionary non-invasive method of detecting and mitigating shark attacks.

Finfeed spoke to Co-Founder of Shark Mitigation Systems (ASX:SM8), an ASX-listed upstart focusing on negating the threat of sharks and returning beaches to their chock-a-block status.

SM8 is an early stage company with early stage technology and requires professional financial advice if considering the stock for your portfolio. 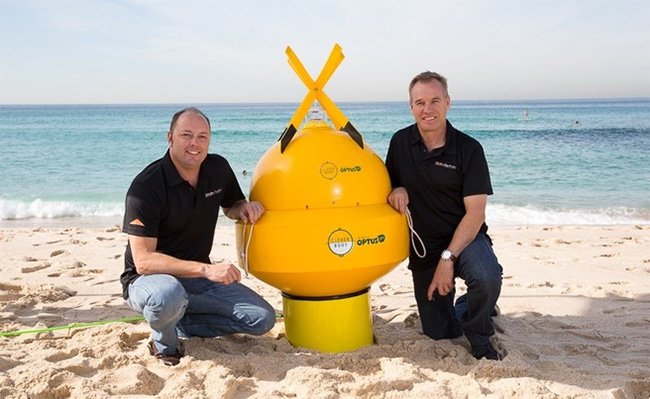 Mr. Craig Anderson (pictured right) has a strong background in developing and commercializing new ventures and the management of corporations. He has tertiary qualifications in science and business management and more than 25 years’ experience in developing, financing and managing new enterprises.

Mr. Anderson has held a number of executive and board positions in both private and public companies in Australia and has a strong background in the start-up sector, taking on leadership roles in several business initiatives over the last 15 years.

Finfeed: Welcome to Finfeed Craig and thank you for joining us today.

Craig Anderson (CA): Thanks for having me.

Finfeed: Following your highly-anticipated ASX listing earlier this year, how have the first few months been as a public company?

CA: Our ASX listing went extremely well and we are all very pleased with the market reaction to our listing. We have been swamped with client enquiries, requests for interviews, joint-venture partners and commercial offers which we will make public once everything is finalised.

But what I can say at this stage, is that we are now fully focused on commercialising both our Clever Buoy and SAMS technologies in all regions globally.

Our successful Clever Buoy trials at Bondi beach in Sydney and at the World Surf League’s J-Bay Open in South Africa, have spurred yet more validation and plaudits for our technology — so much so, that following our recent endorsement by the Australian Professional Lifeguard Association (APOLA), has now been extended globally.

CA: We’re currently in direct communication with a range of third parties regarding our shark detection technology including State and Local Government municipalities, hotel chains and commercial fishing operations, both here in Australia and overseas. We are in active discussions with a number of parties and will be updating the market in due course.

Finfeed: Are there are any technological upgrades or tweaks that you are working on?

CA: It’s not a secret that our R&D team is working hard to improve both our Clever Buoy sonar detection technology and our visual deterrent science. The most exciting development I can reveal is that we’ve made significant progress in enabling Clever Buoy to detect and differentiate between various sea-life with a lot more accuracy. It is this tech-enabled functionality that will ultimately generate value and strong revenues for us long-term.

In the immediate present, we’re on the verge of commencing a program of testing and development with white-pointer sharks, which should give us crucial data that can be used to improve the overall Clever Buoy system.

Finfeed: How about the SAMS wetsuits — what’s the latest on the SAMS front?

Our SAMS suits have been a hit with Aussie customers, as well as from abroad. In fact, you may notice a few Olympic athletes wearing them at the Rio Olympics — they’re not just good for turning off sharks, they look great too.

We’re also publicising the effectiveness of our SAMS suits through Nino Fraguela’s audacious 250 mile ‘crossing’ from Miami to Havana. Mr. Fraguela is the living embodiment of an iron man, and he has chosen SAMS to take care of shark-deterrent aspect of his extraordinary feat. 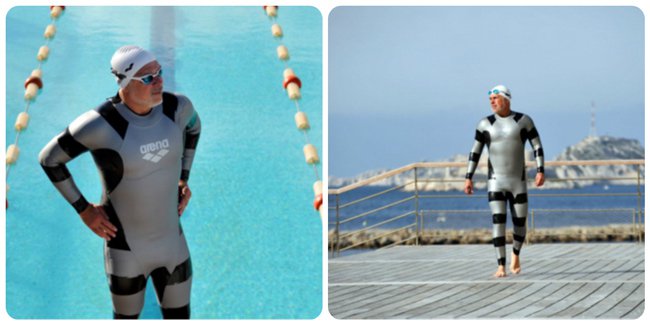 We’re quite excited at the increasing level of demand for SAMS wetsuits we are seeing, and we’re confident this is only the start of more to come.

Finfeed: Can you tell us how someone can get their hands on a SAMS suit?

CA: You’re not the first to ask — our two main distributors are Radiator and Arena. Sales of SAMS suits have spiked as a result of the recent spate of shark attacks across Australia. This has helped to raise awareness of our technology, both the suits and sonar, and I’m very pleased that people are jumping online and picking up our suits on their own accord without any direct marketing or advertising.

To me, that’s validation in its own right. If shark attacks continue to put fear into beachgoers, we are likely to see further sales growth going forward, especially over the spring and summer months in Australia when divers and surfers are most active.

Finfeed: Considering the strong demand for SAMS suits in Australia; do you have plans to make them more widely available?

CA: Yes of course — this is one of our prime objectives. We have recently brought in Simon O’Sullivan as General Manager, to run our distribution efforts. He has done a great job right off the bat in raising the number of licensees and distributors we are working with.

In the second week of September, we will be exhibiting at SurfExpo in Orlando, Florida. SurfExpo is the premier global trade show for the surfing and water sports industry and we will be showcasing our SAMS technology in front of all the key industry participants for the very first time. With more than 27,000 trade participants in the water apparel, water craft equipment and leisure industry attending this event, we are hoping for strong interest given the global uptick in shark attacks.

To all Finfeed readers especially those in coastal towns — our shark deterrents may be coming to a town near you, and sooner than you may think.

Finfeed: Thank you for your time today Craig — thank you for answering our questions and good luck with your future endeavours.

CA: Thanks for having me, it has been a pleasure speaking with you.