Milestone Sports (ASX:VIC) has signed two corporate customers to its Virtual Leaderboard platform, now giving it access to thousands of runners across the globe.

The Virtual Leaderboard, powered by MilestonePod, is a data analytics tool that helps runners improve performance.

The Leaderboard made its debut at Pittsburgh Marathon earlier this year. In the lead up to the event over 1,178 runners took part in a 16-week training program where Milestone pod, real-time data was fed through to the Leaderboard and to the users’ smart devices through a free App.

The latest deal signed by Milestone Sports will see its Leaderboard feature at the Jerusalem Marathon on the 17th March 2017.

The Jerusalem Marathon will roll out the Leaderboard to every participant in the Half and the Full marathon distance upon registration in order to maximise participant engagement.

It expected there will be over 25,000 participants across both races.

The Jerusalem Marathon is considered to be one of the most unique marathons in the world.

The various tracks trace through 3,000 years of history through a city linked to the world’s three monotheistic religions. 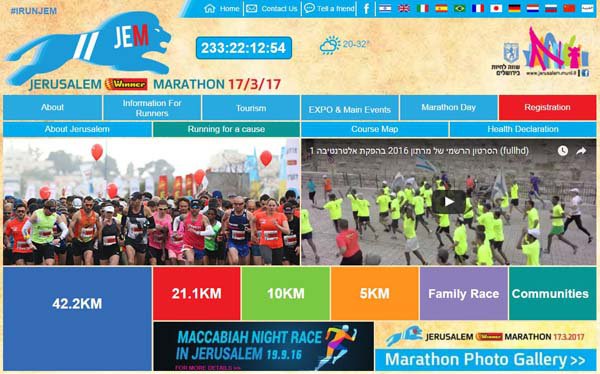 By using the Leaderboard and MilestonePod, runners can track their performance and see how they stack up against the competition, creating a fully interactive environment.

These runners will benefit from the soon to be released new MilestonePod design which will be launched 2nd August 2016 throughout Australia and the United States.

The Jerusalem Marathon can actively engage a social community of all runners for the race and monetise the Leaderboard through sponsorship partnerships, including prize giveaways and competitions.

“We’ve seen significant uptake of the Leaderboard since we debuted the product with the Pittsburgh Marathon and are seeing continued interest in the platform, which we expect to convert into new customers in the coming months.”

The running programs are tailored for clients whether they be beginners or elite athletes.

The MilestonePod will be sold to customers at Potomac River Running’s eight stores located in the Washington DC area opening up another potential revenue stream for the company.

The specialist store also hosts the PR Race Series, which consists of a range of races throughout the year over various lengths.

The acquisition of Milestone Sports by Victory Mines remains conditional, with the approval of both companies’ shareholders still being sought.