By Jonathan Jackson. Published at Feb 28, 2020, in Technology 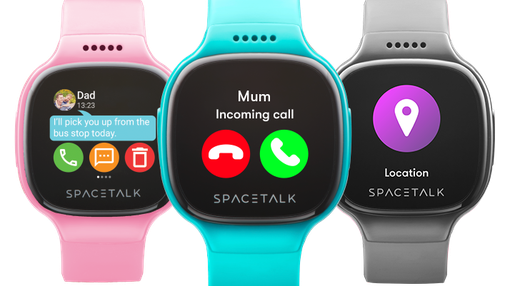 MGM Wireless Limited (ASX:MWR) has today reported stellar results for 1H FY20, with revenues for the half exceeding revenue for the entire FY19 financial year.

MGM is a technology company bringing safety and security to families and schools, through its all-in-one smartphone, watch and GPS device, SPACETALK and the world’s first SMS based Automated Student Absence Notification Solution.

SPACETALK allows two-way phone calls and SMS messaging for children to a parent-controlled list of contacts and its GPS tracking alerts parents whenever children leave designated safe spaces, such as school or the home.

This is complemented by the subscription-based AllMyTribe mobile app, which enables parents to manage SPACETALK devices.

Use of all products is quickly growing, which is being reflected in the north trending numbers.

EBITDA is $0.45 million, with the net loss totalling $2.7 million, due to one-off non-cash expense of options issued of $2.4 million. 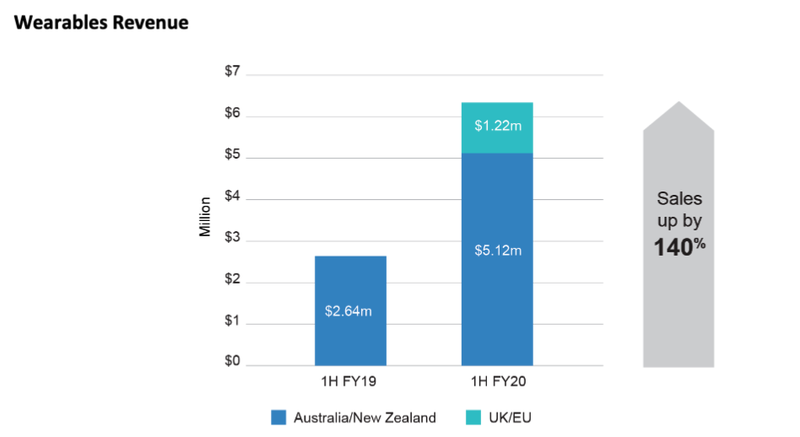 The group’s distribution partners include JB Hi-Fi, Officeworks and The Good Guys in Australia and SPARK, Noel Leeming, Harvey Norman and JB Hi-Fi in New Zealand. 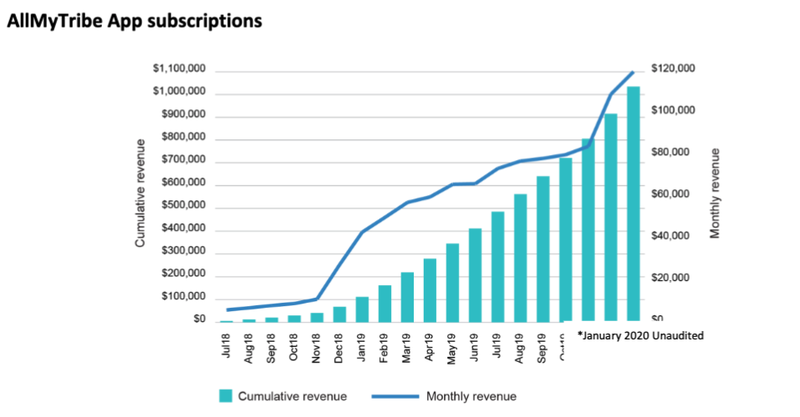 “We maintained a fast growth trajectory with strong wearables sales in Australia and New Zealand and now in the UK, capitalising on the growth of the exciting new wearables industry. During the half our partners’ advertisements and promotions raised the profile of SPACETALK, significantly increasing brand awareness, and these continued during the Australian Tennis Open and with a new UK advertising campaign."

Fortunatow continued, “Negotiations with mobile network operators (MNOs) and more bricks and mortar retailers continue, and we are optimistic that new agreements will be announced in the current half. Our product continues to lead the market, with unmatched security, build quality and features, backed by a strong knowledge of providing services to schools and parents for nearly twenty years.

“We have strengthened our team, adding more talent in marketing, sales, product development and human resources, and are today a stronger and more capable company.”

Growth this financial year should also come in the form of new products, with development of its seniors watch well underway and discussions with retailers continuing.

The seniors product has been very well received and completion of the watch for commercial release is expected in the second half.

Development of the new model SPACETALK watch is also continuing and scheduled for release 1HY21, in time for the Christmas 2020 sales period.