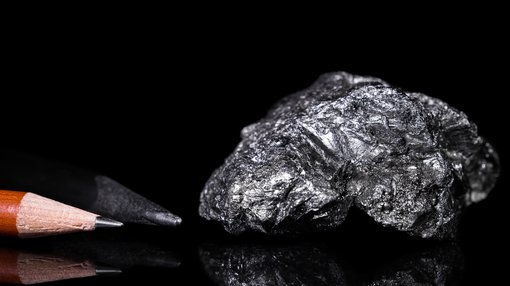 Diamond drilling at the Lac Rainy project has continued to intersect multiple wide zones of high grade graphite, near surface, with the company encountering graphite in every drill hole, following completion of a total of eleven drill holes.

The six additional drill holes which have been completed since the previous update have been focused on the extensions of the high-grade Lac Carheil prospect along strike in a north-west direction.

In addition, DDH LR19-10 intersected the Lower Branch of the Graphitic Carheil Zone over a width of the 3 metres (apparent thickness) from 120 metres to 183 metres.

The image below illustrates the intersections of the Upper Branch and Lower Branch of the Graphitic Carheil Zone intersected in DDH LR19-10. 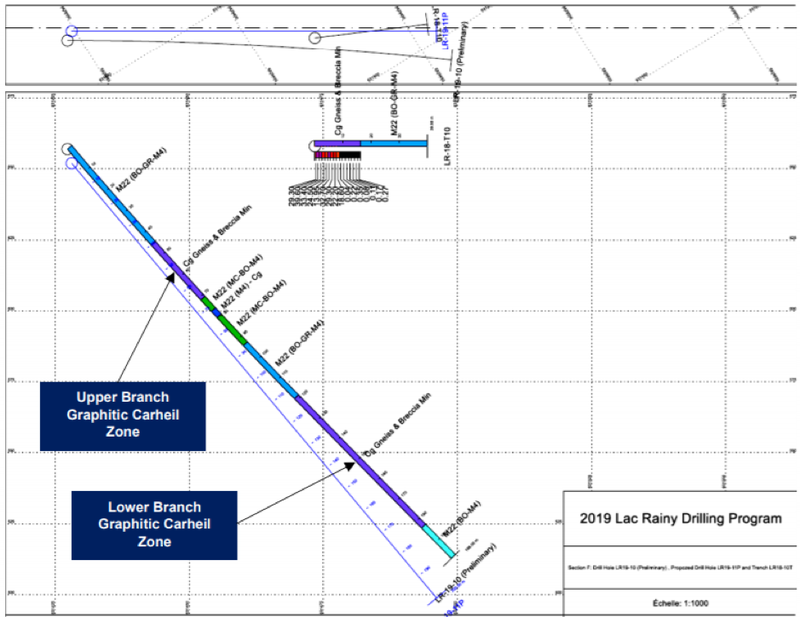 This hole remains open at depth and future drilling will target deeper mineralisation, as management expects it will lead to a further graphite zone.

Director of Metals Australia, Mr Gino D’Anna highlighted his increasing confidence that Lac Rainy is potentially a world-class high-grade natural flake graphite deposit in saying, “The company has successfully completed eleven diamond drill holes to date at Lac Rainy, with the additional drill holes focused on the extensions of the high-grade near surface Lac Carheil Prospect along strike in a north-west direction.

“Drilling has continued to intersect multiple wide zones of high-grade graphite, with many intersections occurring near surface.

“The drilling continues to affirm our belief that Lac Rainy is host to a potentially world-class high-grade natural flake graphite deposit.”

Indeed, the deposit is located in highly prospective territory, situated approximately 22 kilometres south-west of the historic mining town of Fermont and 260 kilometres north-northeast of the city of Sept-Îles.

The project covers an area of more than 4,600 hectares representing 88 mineral claims and is contiguous with Focus Graphite’s property to the south-west.

Initial samples have been delivered to the assay laboratory, and once those results are received, a further program of detailed metallurgical and mineralogical test work will be completed on selected samples.

Should discussions lead to the ratification of off-take agreements, one would expect interest in the stock to grow, as this would represent an endorsement of the quality of the end product, as well as providing some certainty regarding future revenue generation.