VIC reports that Milestone Sports has successfully debuted its virtual Leader board at the Pittsburgh Marathon held in May this year.

VIC announced its intention to move away from the Resources sector in April, to move into wearable devices in sports courtesy of the deal with Milestone Sports, an Australia-based sporting electronics goods company.

VIC has a binding Heads of Agreement to acquire 100% of Milestone Sports, subject to Board approval and due diligence expected to be completed by mid-July. If all aspects are deemed acceptable, VIC will re-list on the ASX trading under a new ticker code sometime in early August 2016. 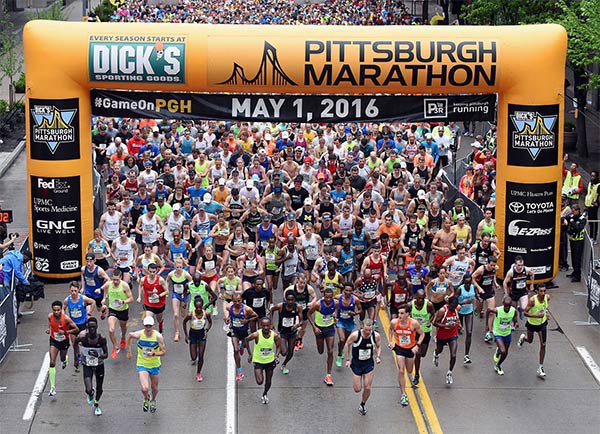 Breaking with tradition for the first time, this year, the Pittsburgh Marathon organisers implemented cutting-edge digital technology to help runners engage, collaborate and share their experiences of the event.

Milestone Sports was the event’s official technology partner, powering the event’s leader board and recording contestants’ performance with a wearable device attached to their running shoes.

In conjunction with event organisers P3R, Milestone Sports launched a ‘Get In The Game’ campaign to “gamify” the event to enrich users’ experience of the event and showcase the power of wearable devices in improving training and exercise.

Milestone Sports flagship product is the MilestonePod device that attaches to running shoes, and records run/walk performance, cadence, rate of impact, distance traveled, and movement efficiency. For the Pittsburgh marathon, the entire gamut of data generated by over 50,000 participants was archived by Milestone Sports, and fed into a communal leader board — the MilestonePod Leadboard.

The MilestonePod Leaderboard is a virtual, real-time tracking platform fed by data from the MilestonePod. Runners attach the Pod to their shoelaces and start running. The moment they sync the Pod to their smart device, their performance data also appears on the web-based Leaderboard. Runners can see how they rank compared to everyone else training for the same event or in the same group.

The technology developed by Milestone Sports is aimed directly at running aficionados with its most compelling feature being its price.

Priced at the very low-end of the consumer retail market, at $49.95, the MilestonePod caters for a mass market as an affordable, easy-to-use device able to revolutionise the level of interactivity runners have with their own performance, as well as with other users.

Partnering with P3R gave Milestone Sports a chance to showcase its technology as well as field test its systems across a large data set.

Race events represent a significant opportunity for Milestone, with a highly relevant and engaged audience willing to purchase tools to help them improve their performance, stay motivated, and avoid injury. In parallel, marathon organisers benefited from the turn-key simplicity, participant data and added revenue streams created by wearable devices.

The Pittsburgh marathon was hailed a success with Milestone Sports signed for next year’s event. Moreover, there is a potential for Milestone Sports to emulate its success in Pittsburgh, at other high profile endurance running events across the US.

Milestone Sports CEO, Yaron Garmazi, said, “The MilestonePod Leaderboard is the ideal tool for the race industry, which becomes more competitive every year. P3R is a leader in this area, and we are delighted to work with them to deliver an innovative and cost effective solution to increase runner engagement and revenue generating opportunities. We have big plans for the future of the MilestonePod Leaderboard and we are just getting started.”