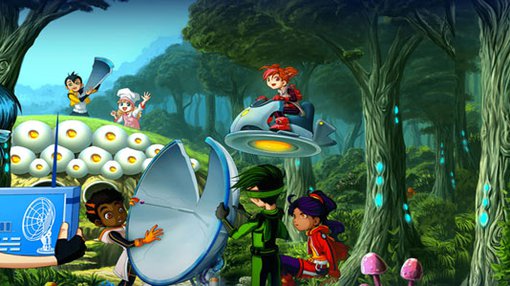 Online education publisher KNeoMedia (ASX:KNM) announced today that it has $552,000 to fast track uptake of its edutainment platforms throughout Australia, China and the US and deliver near-term revenues.

KNeoMedia conducted a share placement to sophisticated investors from Australia and overseas, whereby 39,300,000 new ordinary shares were issued at $0.014 per share.

CEO James Kellett was pleased with the capital raising.

“The support we have had from local and overseas investors for this capital raising represents a vote of confidence in the Company and our edutainment product offerings,” Kellett said.

“I am confident that with this injection of capital we will now be able to fully capitalise on the current opportunities we have in Australia, China and the US and deliver revenue in the near term.”

The Company is hard at work rolling out its content.

Its edutainment platforms are gamified learning platforms that offer children a safe environment for to learn from while engaging them and allowing them to have the usual fun that comes with video game playing.

In Australia, KNeoMedia’s HeroWORLD platform has been finessed with the assistance of partner Mobile Embrace (ASX:MBE) through its MobiPay platform.

In China, KNeoMedia recently commenced national distrubution of the first Mandarin version of its KNeoJUNIOR product in conjunction with SmartTrans Holdings (ASX:SMA).

SmartTrans has a direct carrier billing agreement with China Mobile that will enable KneoMedia to roll out KNeoJUNIOR into major Chinese provinces after the successful trial and launch in Guangdong.

In the US, KNeoMedia has a particular focus on the school sector, with partnerships throughout the public, private and Catholic school sectors.

The extra funding will enable the Company to have further influence throughout the US school system and with its students.