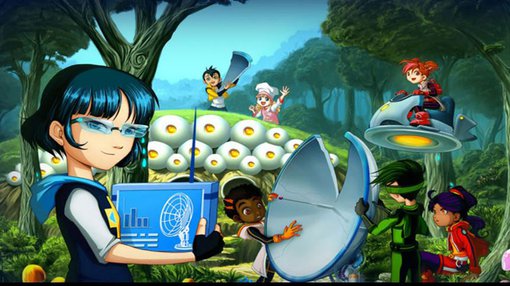 Kneo Media (ASX:KNM) is dipping its toe in the UK market, with its HeroWORLD content to be sold by fellow ASX-listed company Mobile Embrace (ASX:MBE).

Buoyed by the success of the platform in Australia, the pair are now teaming up to bring the same content to the UK market – a market with over 40 million potential subscribers.

The pair had worked together on the launch of the content platform in Australia in September in last year – with the content on the ‘edutainment’ platform specifically designed to work with Mobile Embrace’s back-end systems.

While KNM makes the content and holds the rights to it, MBE establishes the marketing and carrier billing infrastructure allowing customers to be charged for the content through their mobile carrier rather than with a separate transaction.

The pair are now taking the offering to the UK, where they’re hoping a similar language and culture will make it easier to establish the HeroWORLD brand in the market.

“Following the success in Australia with the launch of HeroWORLD through our agreement with Mobile Embrace, this is a natural progression into a similar market, and one that can be very easily replicated and scaled up at relatively low cost,” KNM CEO James Kellett said.

The pair will split revenue on all transactions, and have an opportunity to reach over 40 million potential subscribers.

Thus far KNM has focused on the Australian and US markets, and the news comes on the back of it securing the rights to the Clever Goats learning apps in the US – which have sold more than 250,000 unit to date.