Leading data and analytics solutions company, Invigor Group (ASX:IVO), has confirmed that it will strengthen its balance sheet considerably with its sale of the Berlin-based software solutions business Condat AG’s media division for €2.4 million (A$3.75 million) in cash.

IVO has entered into a binding sale agreement with German IT group, HFC Group, with settlement on 30 April. The purchase is subject to a five per cent holdback for 12 months to cover any warranty claims.

IVO will retain full ownership of Condat’s workforce management division, comprising Skyware Service Control, which has been excluded from the sale. IVO has established a new Australian company called TillerStack to acquire and house Skyware. This company will be totally debt-free.

As announced in early February, IVO has received commitment for $500,000 for a five per cent stake in TillerStack with an option for a further five per cent on the same valuation.

Funds will be used to repay over $3.5 million in debt, thereby significantly strengthening IVO’s balance sheet. Further reductions of IVO’s debt are also anticipated in April from $2.45 million of convertible notes.

With an improved balance sheet, IVO is now able to focus on growing its two core operations — its Data Intelligence and Analytics and Workforce Management Solutions divisions — both of which sit in rapid-growth markets.

IVO CEO, Gary Cohen, said: “This is a very pleasing transaction for Invigor and helps strengthen our balance sheet greatly. Our focus now is to complete the Condat sale agreement by 30 April and ramp up the growth of TillerStack in Europe and Asia Pacific.”

“We are underpinning this by a further strengthening of the balance sheet, broadening investor support, managing the cost base and growing revenue streams.”

Unlocking the value of Skyware: the creation of TillerStack

As IVO informed the market in early February, it has been assessing opportunities to unlock the value of Skyware, a business that manages the efficient movement and scheduling of remote workforce, in turn delivering major economic savings for its blue-chip customer base.

With the establishment of TillerStack and $1 million of funding commitments received for Skyware for ten per cent of the equity in the business (IVO retains 90 per cent), IVO is now well-placed to fully capitalise on the value of this subsidiary.

TillerStack has strong growth prospects based on its current recurring revenue base, its tendering pipeline, and future opportunities in Europe and now the Asia Pacific.

According to Markets and Markets, the underlying global demand for workforce management solutions is currently valued at over $6 billion and is growing at over 10 per cent per year.

Scaling up Data Intelligence operations in Australia and Asia

The sale of the services arm of Condat will enable the IVO to drive greater growth in Australia and Asia from its core Data Analytics solutions — namely, Pricing and Loyalty.

These solutions, along with Workforce Management, are in large, fast growing markets, and have excellent prospects, growing revenue streams and dedicated management teams.

Recent wins from Mercatus and Ayala Malls have been driven by the successful acquisition and integration of the Sprooki business and the subsequent broadening of IVO’s service offering. The company’s Microsoft partnership is also progressing well, with a view to broadening the distribution of IVO’s pricing solution. New contract wins are also pending. 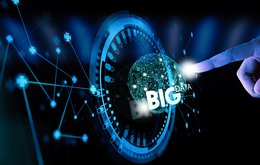 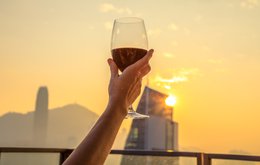 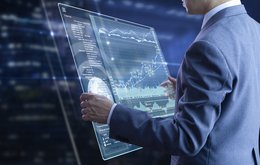