IOT Group (ASX:IOT) today revealed that its subsidiary, IOT Blockchain Pty Ltd, has penned a deal with one of the world’s largest cryptocurrency miners.

IOT signed a conditional binding Terms Sheet with Royalti Blockchain, BitFury’s Authorised Australian Integrator and approved partner, for the supply 20 megawatts of power over a ten year term at an estimated cost of 11 cents per kwh.

The key factors that attracted BitFury to IOT’s BAC is its cost effective power, scalability and surety of sovereignty.

IOT will locate BitFury’s hardware at the BAC which will be established behind the Grid at the Redbank Power Station under a long-term Power Purchase Agreement (PPA). Royalti Blockchain Group will build and supply the infrastructure and servers, with IOT to provide the land and power.

The proposed Power Purchase Agreement will be for an initial five years with an option for another five years and is expected to generate almost $20,000,000 per year. In addition, IOT reports there has been substantial interest from other Crypto Groups which will be signed up over the coming weeks which IOT expects to deliver substantial revenues and profits to the IOT Group.

“Blockchain is an evolution that is changing the way we do business and communicate. The establishment of the BAC is enormously beneficial to Australia because it’s bringing a whole new Tech industry to the country. Previously the Bitcoin and cryptocurrency miners would not even dream of coming here because the cost of power is too high. With The IOT Group taking power from Hunter Energy BEFORE it goes on the grid they are able to sell the power to the crypto miners at a less expensive rate than anywhere in Australia.

“The IOT Group will only be using a small portion of the power generated by Hunter Energy and IOT is also currently negotiating with renewable Power suppliers to offer a similar arrangement around Australia to accommodate all of IOT’s Crypto clients. We have an enormous amount of Blockchain – Crypto mining interest,” Neylon concluded.

Their unique computer used for mining cryptocurrencies is recognised as the most efficient in the world. 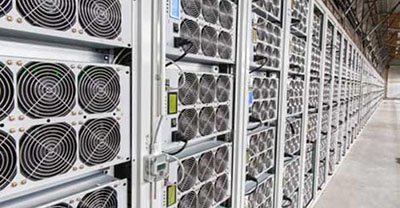 The Terms Sheet is subject to Hunter’s completion of the Redbank Power Station; completion occurring under the binding terms sheet between IOT and Hunter for the establishment of the BAC; all necessary shareholder and regulatory approvals.

It also relies on the parties entering into formal definitive Power Purchase Agreements, which is expected to be completed as soon as practicable and no later than 1 October 2018.

This agreement with BitFury comes after news that IOT secured its first clients for Blockchain Applications Complex in late April — Abacus Mercantile and Crypto Mining Australia.